Michael Jordan memorabilia is ON FIRE -- a game-worn uniform from his legendary '96-'97 championship season just sold for $288,000 ... shattering the old record!

Michael had an off-night -- only dropping 18 points (he averaged almost 30 PPG that season) ... but after the hype from "The Last Dance," collectors are paying TOP DOLLAR for all things Jordan.

We spoke with Ken Goldin who tells us the previous record for the most expensive MJ game-used threads was $173k for Michael's 1984 Team USA jersey.

The uniform is pretty sick ... a size 46 jersey made by Champion, with a black base and red pinstripes. It's pretty sweet. 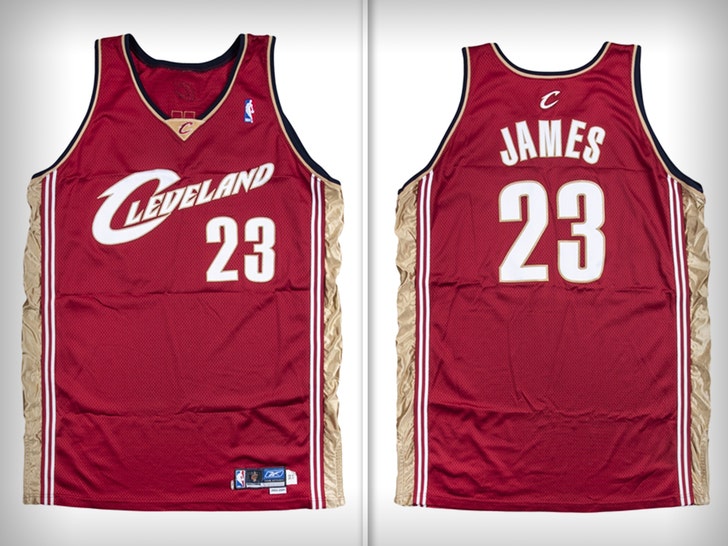 How did that jersey fetch more than Jordan?

Goldin says Bron rocked that Cleveland Cavs jersey in 2003 (his rookie year) during his 5th and 8th games in the NBA.

In fact, LeBron wore this uniform during his first clash with his BFF, Dwyane Wade!