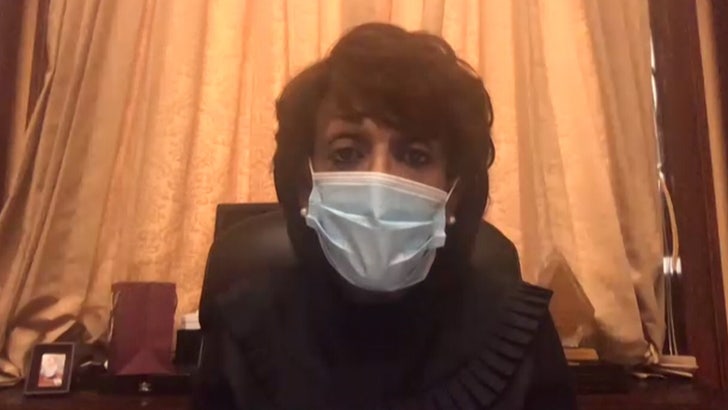 Rep. Maxine Waters says George Floyd's killing has her thinking some police officers wake up thinking, "I'm gonna get me one today," and she suspects George was this guy's one.

The Congresswoman from California joined us on "TMZ Live" and was outraged by Floyd's death at the hands of police, telling us it's got her reflecting on other killings of young black men by cops and white supremacists.

Waters says the Minneapolis cop who kept his knee jammed deep into Floyd's neck for several minutes actually "enjoyed doing it." She took it a step further with a theory about what goes through the minds of rogue police officers.

The way Rep. Waters sees it ... the cop was out for blood, and that's why he didn't care that citizens were not only witnessing his actions, but recording video of him slowly killing Floyd.

As for the other officers involved -- she's not letting them off the hook, criminally, either.

The Congresswoman says the police and white supremacists who think they can get away with killing a black person feel empowered because of "dog-whistling" from President Trump.

And, in a sobering commentary, she explains how the justice system has repeatedly failed millions of citizens ... which makes it increasingly important to have irrefutable video when crimes like this occur.