Jon Jones is going nuclear on Dana White and the UFC -- claiming the company is lying about his contract demands to fight Francis Ngannou ... and now Jon is calling for his release.

Here's the backstory ... Jon and Francis have been trying to set up a super fight -- but Dana White said it wasn't going to happen because Jon was asking for too much money.

Now, Jon is calling BS on social media -- and trashing the company in the process.

"Don’t be a f**king liar," Jones tweeted ... "My reputation has already taking enough hits. I don’t need this bulls**t Dana."

"I never asked for Diante Wilder‘s [sic] numbers. And how about since Diante is making 30 million, we settle for half of that. Since you said I’m the goat and everything."

Then, Jones called for action ...

"I don’t even make half of half of what Diante Wilder makes. If my reputation causes you to undervalue me this much. Just go ahead and release me from my UFC contract altogether. I’m sure some promoter somewhere will be more than happy to pick me up."

Both Chandler Jones and Arthur Jones are NFL players.

"I see firsthand the way the NFL treats their champion athletes, there’s a huge difference. I’ve kept my mouth shut my entire career."

"Do I make 5+ per fight yes. Should I stick to that number for my super fights? No. If you don’t agree with me you just don’t know business. I certainly didn’t ask for 30, never even threw out a number." 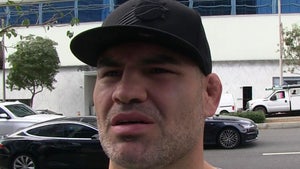 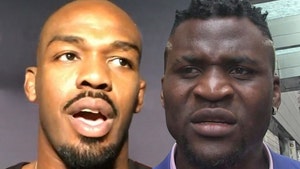