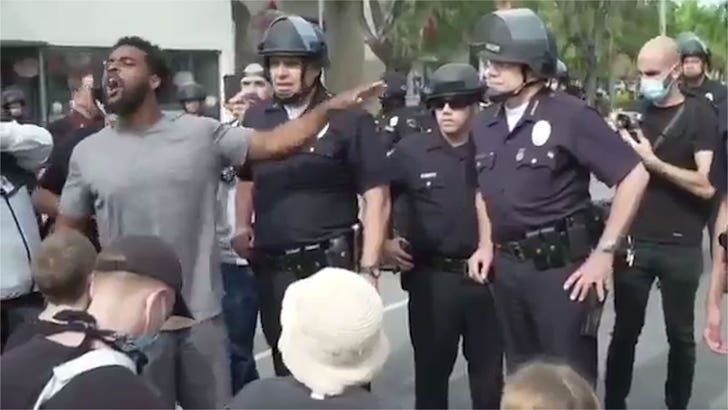 The top dog of the LAPD made progress with protesters in Los Angeles this weekend, getting them to calm down and retreat ... after he admitted George Floyd had been murdered.

Here's Chief of Police Michel Moore talking to protesters in the City of Angels this weekend, explaining his and his officers' intentions -- telling the crowd the cops weren't there to harm or arrest anyone ... just to deal with a fire that was raging in the background.

He finally gets everyone's attention when one of the more vocal protesters tells everyone behind him that Moore had admitted to him that, in his opinion, George was in fact murdered by Derek Chauvin -- which got cheers of approval from just about everyone there.

Moore then comes to a mutual understanding with the protesters ... no bottles or rocks should be thrown, and it's all good. It's pretty remarkable, especially coming from THE face of the department. You would hope his approach to dealing with protesters will trickle down the ranks. 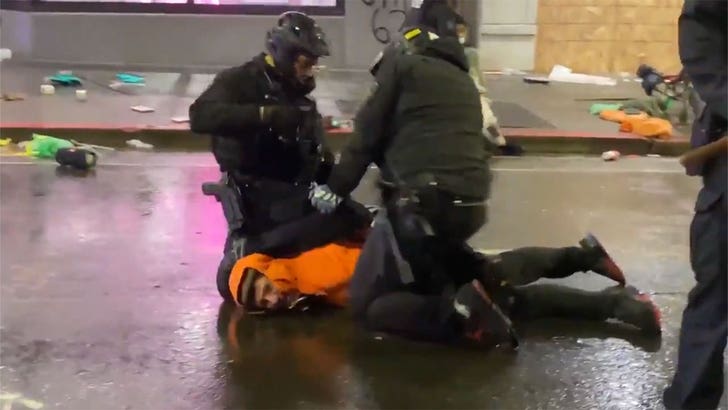 It's also becoming more and more clear that a lot of cops out there are hearing the frustrations of the protesters and adjusting their behavior in handling them accordingly. We saw one officer yank another officer's knee off a guy's neck. Now, take a look at this.

This is how police officers should put their knee on someone’s neck once apprehended. pic.twitter.com/oRHOhVeM1x

Unclear where this video was shot, but it appears to show a cop putting his knee UNDER a protester's head while they're being detained -- seemingly to provide support/comfort. 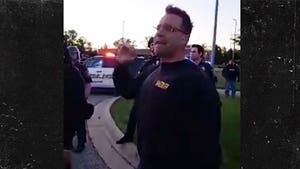