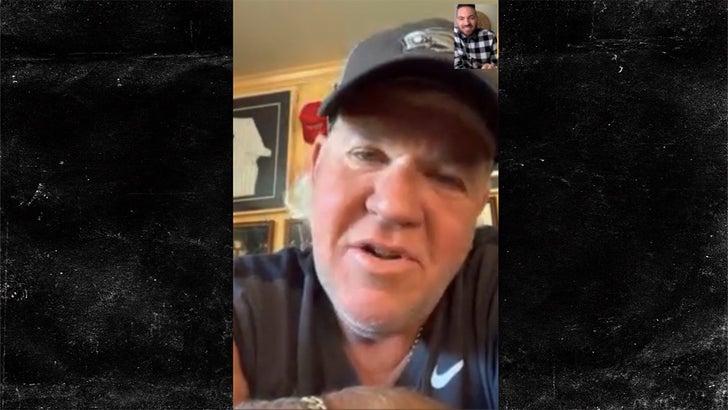 John Daly says he can fix Tom Brady's golf issues -- telling TMZ Sports with just one lesson, the new Tampa Bay QB could hit it 100 yards farther off the tee!!

Tom's biggest problem, according to Daly? It's all about the driver ... John tells us Tom's refusal to use one because of lack of confidence in the club is KILLING the QB's scores.

Tom Brady is playing golf like the rest of us. #TheMatch2 pic.twitter.com/pbvnakTVMz

"That's the easiest club in the bag to hit," Daly says. "It's the biggest face in your bag. And, somebody's not helping him. We need to get his driver right. We got to give him a driver."

Of course, Brady didn't pack one for his awful performance in "The Match" vs. Peyton Manning and Tiger Woods earlier this month -- and Daly says that has to change.

"He'd hit it probably an extra 100 yards," Daly tells us, "and the whole game would change for him."

Tom should take the advice ... Daly was famous for his long drives when he was a regular on the PGA Tour -- hitting them 300-plus with ease.