Could Michael Jordan be the next legend to hit iron shots with Phil Mickelson against Tiger Woods??

The lefty sure as hell wouldn't mind seeing it ... because Phil says he's trying to make "The Match" an annual event now -- hoping to get guys like MJ and Steph Curry to participate in 2021.

“I think you could showcase guys like Steph Curry and Michael Jordan or Tony Romo and Patrick Mahomes, who are all good golfers, elite talents and have great personalities," Mickelson told the LA Times after "The Match II's" wild success over the weekend.

"Those personalities are going to come out with this event. Or you could have someone who loves the game and is competitive but is really entertaining like Larry David and Bill Murray. I think that could shine.”

Of course, the possibilities seem endless right now ... given just how big of a success the Woods-Peyton Manning vs. Mickelson-Tom Brady outing went on Sunday.

According to multiple reports, MILLIONS of people tuned in to watch the event ... ultimately making it the most-watched cable broadcast in the sport's history.

Phil, Tiger and event organizers are all on board to run it back next year ... and it doesn't seem there will be a shortage of celebs lining up to join the golf legends -- in fact, Curry even tweeted during the event he wants in next year. 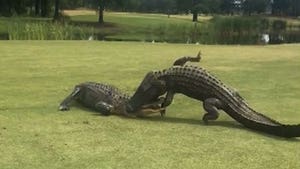 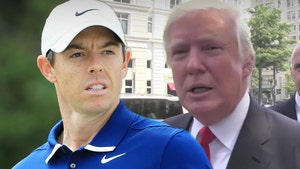