Legendary college football coach Pat Dye -- who turned Auburn into a powerhouse in the 1980s -- has died, the school announced Monday. He was 80.

Dye was hospitalized with serious kidney-related issues last month. He also tested positive for the coronavirus, but was asymptomatic, his son told ESPN.

Dye died in hospice care in Auburn from complications of kidney and liver failure, according to reports.

"On behalf of our family, I want to thank all of the people from around the country who have offered their support and admiration for Dad these past several days," Pat Dye Jr. said in a statement.

"Dad would be honored and humbled to know about this overwhelming outreach. The world has lost a pretty good football coach and a great man. He was beloved, he touched so many lives and he will be missed by many, especially our family."

Dye won 99 games in 12 seasons with the Tigers ... and coached Bo Jackson during his 1985 Heisman campaign.

Dye -- who also served as Auburn's athletic director from 1981-91 -- was inducted into the College Football Hall of Fame in 2005 ... and is widely regarded as one of the best coaches in football history. 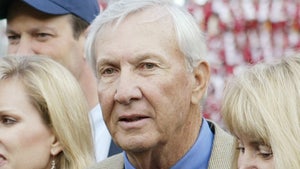 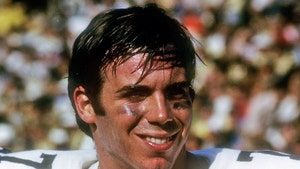