George Floyd's killing is impacting the world in a way we've never seen before ... and it's also inspiring more people than ever to donate to a cause.

Launched just a little more than a week ago, the Official George Floyd Memorial Fund has already received the highest number of individual donations for a GoFundMe page ... a spokesperson for the site tells TMZ.

With nearly 500k donations and counting, the fundraiser's amassed nearly $13 million. We're told the campaign has gone global, getting donations from 125 countries.

George's brother, Philonise, says the money will cover funeral and burial expenses, provide counseling, pay for lodging and travel for all court proceedings, and assist the family going forward as they seek justice for George. A portion of the funds will also go to George's estate to take care of his kids and provide for their education. 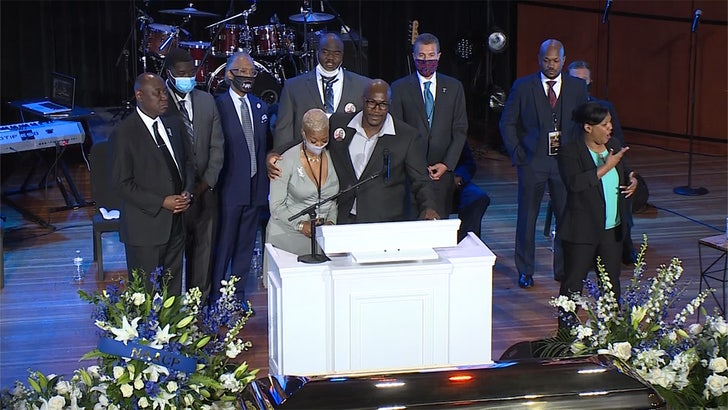 As we reported ... the first of 4 memorials for George was held Thursday in Minneapolis. There will be another in North Carolina on Saturday, and 2 in Houston next week.

Interestingly, number 2 on the GoFundMe donations list launched in December 2018 to raise money to build the wall at America's southern border. That has 300k donations, but it's raised more than $25 million.

Third place is a coronavirus campaign raising funds for intensive care beds in pandemic-ravaged Italy. That got more than 206k individual donations in less than 3 months.