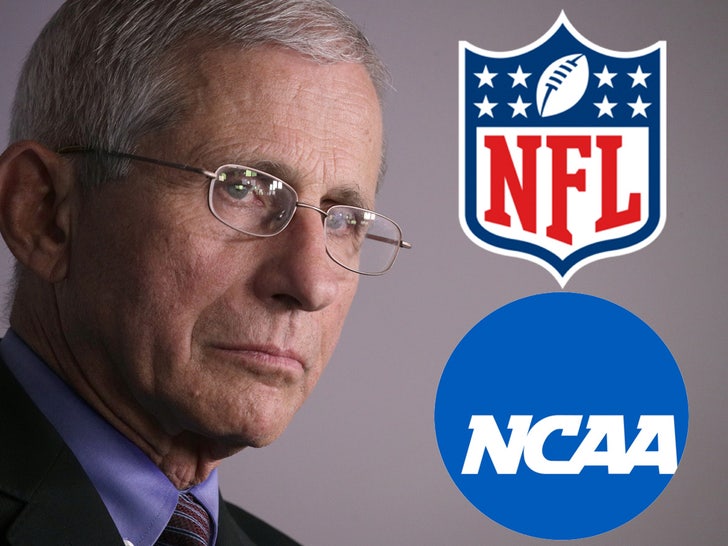 Dr. Fauci just uttered the words every NFL and NCAA fan was dreading hearing ... "Football may not happen this year."

The coronavirus expert told CNN unless football players are able to lock down in some sort of bubble-like environment similar to the NBA's proposed comeback ... he's skeptical 2020 seasons will go down.

Football may not happen this year, Dr. Anthony Fauci tells @drsanjaygupta.
“Unless players are essentially in a bubble – insulated from the community and they are tested nearly every day – it would be very hard to see how football is able to be played this fall.” pic.twitter.com/mDcTRMBucU

"It would be very hard to see how football is able to be played this fall," Fauci said. "If there is a second wave, which is certainly a possibility and which would be complicated by the predictable flu season, football may not happen this year."

Of course, the NFL has said it has no plans to derail its season at the moment ... still expecting to open training camps next month and the regular season in Sept.

The NCAA, meanwhile, has had athletes from various schools already return to campuses in preparation for the '20 season.

But, clearly, Fauci believes a second wave of positive COVID-19 tests is on the horizon ... and if that's the case, he ain't so sure it'll be possible to play without a myriad of extreme safety measures.

How's that for awful news to start your Thursday?? 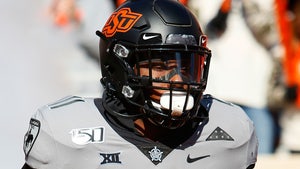