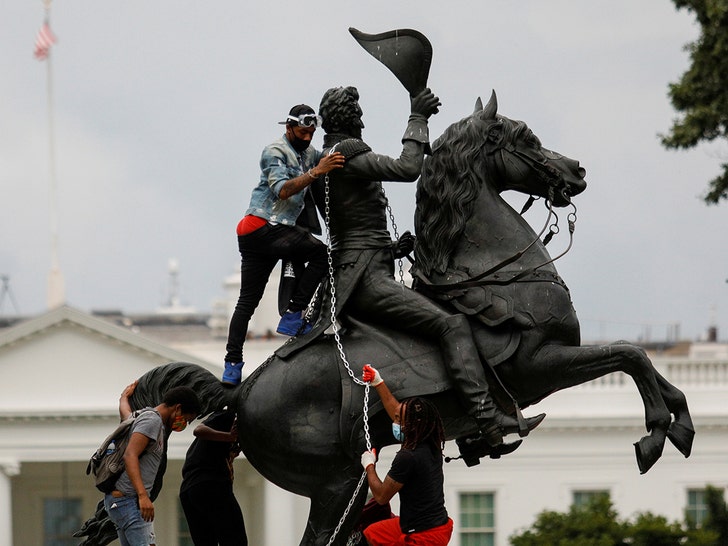 Protesters are using all their might to tear down a statue of Andrew Jackson in our nation's capital ... just blocks from the White House.

The scene is playing out Monday night in the middle of Lafayette Park, with protesters attaching a chain to the statue of the former president in an attempt to topple the monument.

The statue has already been vandalized, with spray painters writing "KILLER" on one side of its base. Other protesters are throwing rolls of toilet paper over the statue, while some have attached ropes to the statue and are trying to pull it down.

Jackson, who is on the $20 bill, served as the 7th president of the United States and was responsible for the Trail of Tears, a policy that removed Native Americans from their ancestral lands. He's also one of President Trump's heroes.

Nearby, more protesters are surrounding St. John's Episcopal Church, the site of Trump's bizarre photo op earlier this month, when he ordered law enforcement to clear the area with tear gas and helicopters.

The church has also been vandalized.

Clashes with Police in front of Andrew Jackson statue pic.twitter.com/VwZqdORdex

Law enforcement is on hand in riot gear, and various videos posted on social media show violent clashes with protesters.

As you know ... protesters across the country and globe have been tearing down statues of various historical figures many consider to be racist, or as Taylor Swift says, "villains." 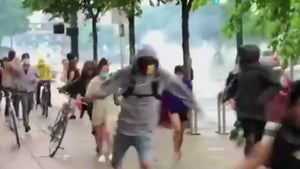