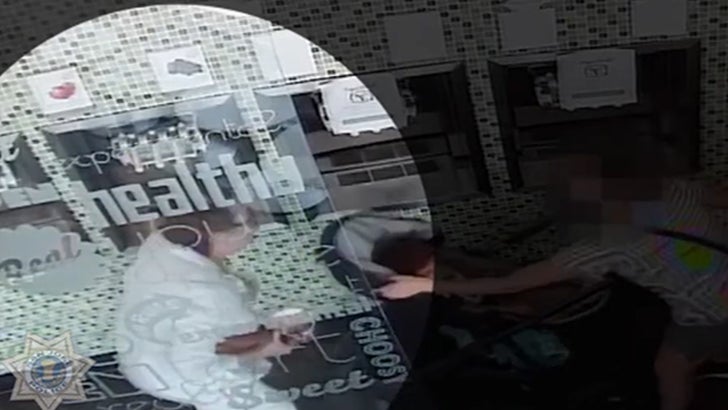 A Bay Area woman took out her social distancing frustration on a baby -- coughing and spitting into the kid's stroller ... all because she felt the mother and child were too close.

This sickening incident went down in San Jose, CA -- where an older white woman was seen entering a Yogurtland shop last Friday ... and was soon followed by a mother and her 1-year-old boy, who was in his stroller.

At one point, and seemingly out of nowhere, the older lady approached the mother and started coughing right onto the kid. The mother immediately tried to cover up her son.

Goes without saying ... this is straight-up not safe, and about as mean as you can get.

The woman walked out of the building as if nothing happened at all, but something criminal definitely DID happen ... so say cops. San Jose PD says it's on the lookout for the cougher, and are asking for the public's help to identify her.

According to the victim, the woman became upset that the mother was apparently not practicing proper social distancing, in her eyes. The mom also says the coughing lady seemed to get upset because she heard mom speaking Spanish ... insinuating this might have been a racially motivated.