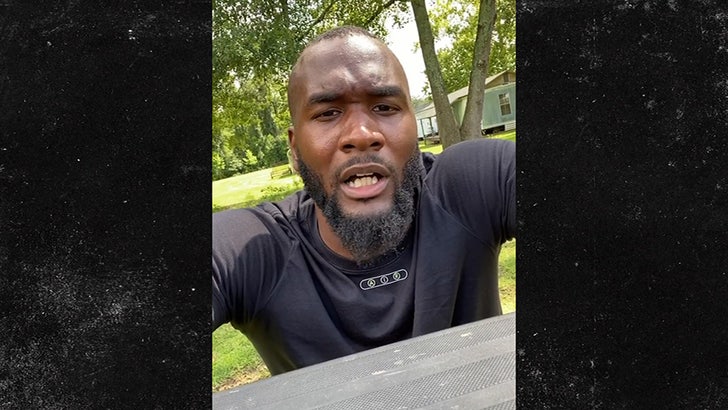 5:45 PM PT -- The chairman and CEO of Chipotle has already launched an investigation into the incident at the location in Florence, SC.

Brian Niccol tells TMZ Sports, "We have a zero tolerance policy for discrimination of any kind and we have suspended our manager while we conduct a thorough investigation."

Niccol says he has personally reached out to Darius -- "and I’m committed to ensuring the appropriate action is taken once the investigation concludes."

Indianapolis Colts superstar linebacker Darius Leonard claims he was wrongly kicked out of a Chipotle restaurant in South Carolina ... insisting it's all because he's Black.

The 24-year-old All-Pro says he was eating with his family Thursday -- "3 other Black guys and a mixed woman" -- when another patron (who is white) complained to management that Leonard was "verbally abusing him."

Leonard says the allegation is a straight-up lie -- but the restaurant manager walked over to his table and treated him like a criminal anyway ... booting him from the restaurant and threatening to call the police.

Leonard says what really pisses him off is the white patron got the benefit of the doubt without a shred of evidence -- and says this is the type of crap Black people have to deal with all the time.

"We’re talking about Black Lives Matter and for the guy to look at us and lie and laugh in our face as we walk out and the manger ... just come up here and just basically kick us out of Chipotle?! And, we felt like he was very disrespectful and that’s the white privilege that we are talking about.”

"Ya'll see the police killing us. Ya'll seeing all the injustices that we go through. I live it. Day in and day out. And, I'm f*cking tired of it. Yes, I'm upset. I'm tired of it." 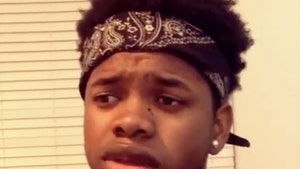 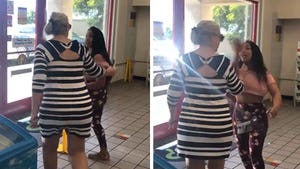