The woman who slapped the crap outta Phoenix "Karen" was scared she'd get the short end of the stick if cops got involved, which made her reluctant to speak out ... until the video went viral.

Karina Rodriguez tells TMZ ... she considered contacting police after her weekend altercation with "Karen" at the gas station, but decided not to because she feared cops might racially profile her, and blame her for the run-in.

She says she didn't want it to be her story of what happened against the word of a white woman, so she decided to let it go.

Karina tells us she was also hesitant to go public after getting word that "Karen" -- real name Tamara Harrian -- has a lawyer husband. However, he's already said he's actually on Karina's side.

Fortunately for Rodriguez, video of the incident -- shot by Greg Conn, another customer -- has gone everywhere, and makes it clear who was in the wrong.

Greg tells us he and Karina spoke after the incident, and she messaged him on Facebook to thank him for posting the video. He says she told him the outpouring of support made her feel comfortable to speak out. 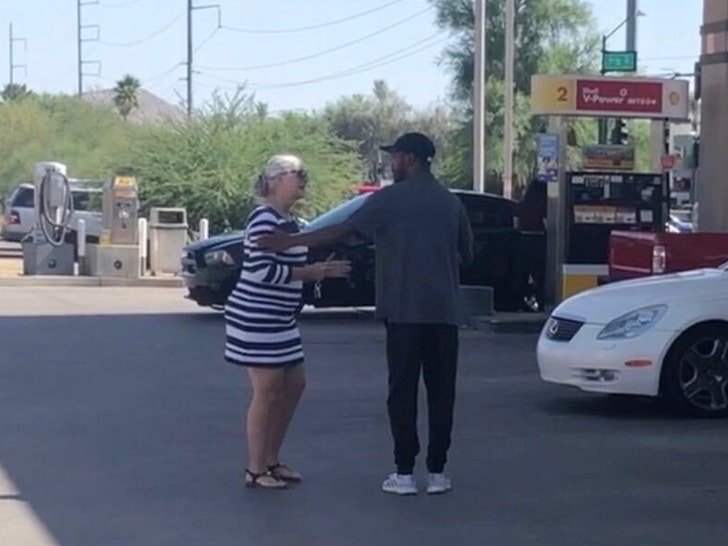 As for why Tamara didn't call the cops -- Greg says the attendant Tamara originally yelled at before arguing with Karina, followed her outside and calmed her down. Then, she just left.

As we reported ... Tamara's husband, Bob Harrian, told FOX10 his wife's battling mental illness. He also tearfully apologized to Karina, and reassured her they have no plans to sue.