A former member of the Philadelphia 76ers' dance team claims she was the victim of bullying and racism during her time on the squad ... and now, the Sixers have launched an investigation.

Yahne Coleman -- a fashion model who used to perform with the Sixers Dancers -- revealed the disturbing allegations in a lengthy social media post Tuesday.

In the statement, Coleman claimed she was "racially profiled, bullied and threatened" not only by her dance teammates ... but by members of the dance team's coaching staff as well.

Coleman also attached a video with her post ... which she says shows a former teammate making inappropriate and racist remarks toward her, and even threatening her.

In the footage, the woman can be heard saying, "I will teach you how to use a tampon because your dirty-ass vagina probably smells like fish."

The woman in the video can also be heard saying, "I will find you in whatever home project you live in. I will slum it to the west side of Philly just to find your ass, beat the sh*t out of it, and then get you backlisted from whatever club you think you can get in.”

Coleman -- who reportedly left the dance team in 2015 -- claims similar bullying incidents happened to her regularly ... and she says when she reported it to officials in the 76ers' organization, "nothing was done."

The Sixers released a statement shortly after Coleman's post went up, and they say they're vowing to do a thorough investigation into the claims.

"Tonight, we were made aware of social media posts involving former dance team members that contained insensitive, offensive and unacceptable remarks, as well as allegations of bullying and racist behavior,” the team said.

"The videos, which were filmed in 2016, featured derogatory comments from a former dance team member who left the organization in 2013."

The team continued, "We take this situation very seriously. We intend to investigate this matter immediately and remain committed to fostering a culture of inclusion and equality." 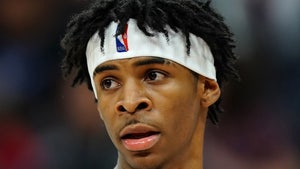