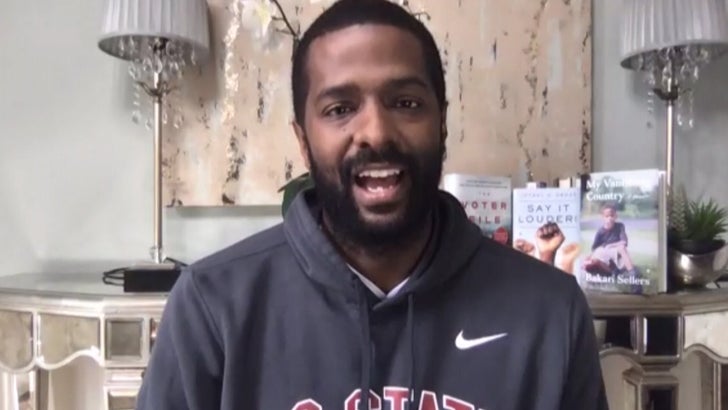 CNN's Bakari Sellers says bias in the health care system forced his family to make a critical decision -- one he believes helped save his wife's life hours after she had their twins.

Bakari joined "TMZ Live" on Monday and talked about why they chose black doctors instead of white ones when he and his wife, Ellen, were expecting. It's a fascinating story from his new book 'My Vanishing Country.'

The former South Carolina state legislator didn't mince words ... saying, "the pain that black folk go through is not looked at with the same urgency as white folk in this country." Case in point ... the day his twins, Stokely and Sadie, were born in January 2019. A mere 5 hours after Ellen gave birth, she passed out after hemorrhaging 7 units of blood.

Check out the video ... Bakari says it's a known fact black women are 3 times more likely to die during childbirth than white women.

In his book, he explains the thought that Virginia Gov. Ralph Northam was a physician -- who infamously wore blackface while in medical school -- gave him pause about the kind of bias that exists, even in medicine.

That being said, Bakari says he struggled to get a single nurse to pay attention to his cries for help -- and ultimately, Bakari and Ellen's personal doctor returned to provide the care she needed to save her life.