Sacramento Kings player Richaun Holmes burst the NBA bubble just days after arriving in Orlando ... all to pick up a delivery food order!

"I briefly and accidentally crossed the NBA campus line to pick-up a food delivery," the 26-year-old admitted on Monday.

Anyone who breaks the bubble (after being initially cleared) faces a new 10 day mandatory quarantine ... so, once the league found out about his delivery run, it was off to isolation for Holmes.

"I am currently in quarantine and have 8 days left," Holmes said on Twitter.

"I apologize for my actions and look forward to rejoining my teammates for our playoff push."

We know what you're thinking ... where did Richaun order the food from?! It better have been worth it!!!

The NBA is trying like hell to keep the bubble safe -- all players have a mandatory 48-hour quarantine upon arrival to the Walt Disney World campus in Orlando. Once tests come back negative and they're cleared to enter, they are forbidden to leave ... or else face a 10-day quarantine.

But, Holmes wasn't the first player to break the bubble rules -- Rockets forward Bruno Caboclo also violated the bubble code claiming he didn't know about the 48-hour quarantine period before roaming the campus, according to ESPN.

Worth noting -- the NBA just announced only 2 out of 322 players have tested positive for COVID-19 since arriving on campus ... and they have been forced to isolate.

Bottom line -- follow the rules so we can have basketball, please!!! 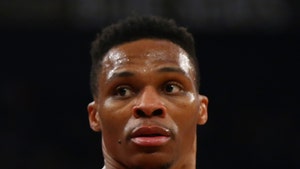 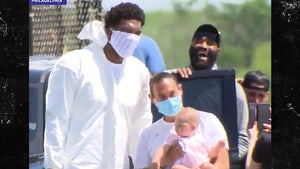