Hayden Panettiere got court-ordered protection from her allegedly abusive boyfriend in Wyoming, and a California judge just said she'll get that same protection in the Golden State.

The ex-'Nashville' star just filed a Wyoming restraining order she got against her BF, Brian Hickerson, in the California court system, so it'll provide her protection in CA. The order from Wyoming was issued after an incident of alleged domestic abuse from February.

Brian was arrested for domestic violence on Valentine's Day in Teton County, Wyoming -- after Hayden told cops he'd roughed her up after an argument and punched her in the face.

Hayden said in her petition Brian had been abusive with her several times prior to the V-Day incident. She says when he drinks, he tends to hit her, spit on her and throw things.

She also claims he's swung her around, pulled her hair and dumped water on her on more than one occasion.

It's pretty clear ... Hayden's going to be spending time in L.A. and she wants to make sure Brian doesn't follow her there and try to get in touch.

The CA judge signed off -- meaning Brian can't contact her, come near her, threaten or abuse her and has stay clear of her home. 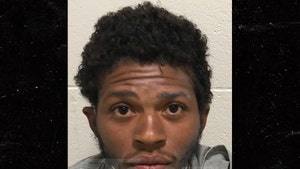 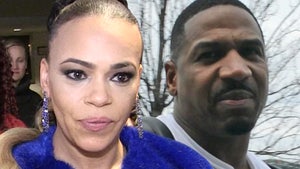 Faith Evans Off The Hook In Domestic Violence Case