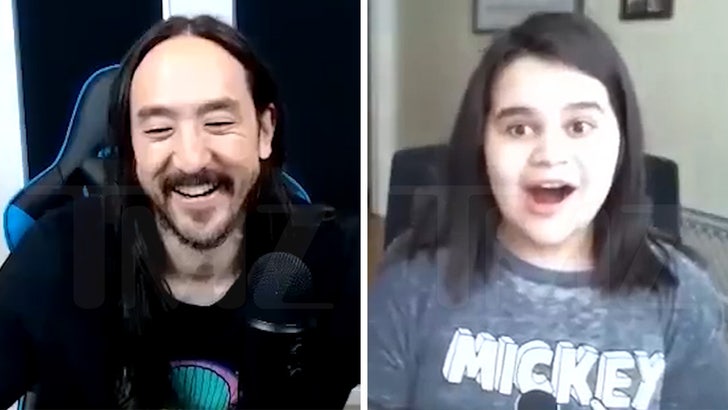 Steve Aoki isn't letting a little thing like social distancing stop him from being a great human who helps out kids in need -- 'cause he's still doing exactly that ... just ask Juliana.

The world-famous DJ and producer once again teamed up with the Kids Wish Network to make a sick child's dream come true -- this time, it was 12-year-old Juliana Goode ... who's an aspiring DJ herself.

Juliana suffers from Cushing Syndrome -- an adrenal gland disease that produces an abnormal level of cortisol in the body -- and when KWN heard she saw Steve as an inspiration for her own career goals, they got in touch with him and, of course, he was on board to meet her.

More importantly, he helped secure a sweet DJ setup for Juliana with the help of some of the top players in the game -- Denon DJ (which sells digital audio equipment) donated a DJ Prime Go portable console to Juliana, and Ion Audio provided her with some new speakers.

Check out how the kid reacted when Steve revealed what he and the team had in store for her to help her go from computer DJ to a real-life one with her own mixer and soundboard ... pure joy.

BTW, Juliana is a badass who knows her stuff. Watch ... she didn't hesitate to show off a bit. 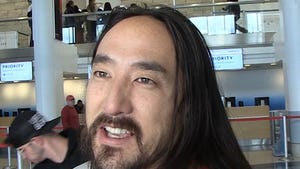 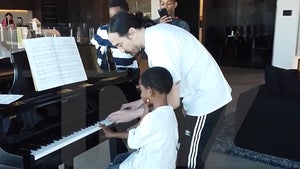