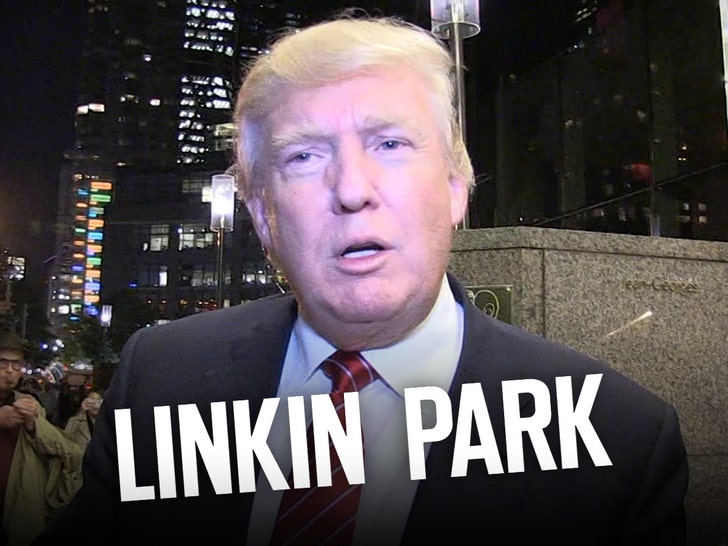 Donald Trump is not only losing to Joe Biden ... he's losing to Linkin Park.

Twitter has removed a video Trump retweeted, with the group's song, "In The End." The original tweet was from the account of Dan Scavino, the White House Media Director.

The video vanished Saturday, replaced with this message -- "This media has been disabled in response to a report by the copyright owner."

Trump has drawn the ire of Linkin Park before, and they underscored their contempt for the President Saturday, saying, "Linkin Park did not and does not endorse Trump, nor authorize his organization to use any of our music. A cease and desist has been issued."

Chester Bennington, who fronted Linkin Park until his death in 2017, vehemently opposed Trump, declaring, “Trump is a greater threat to the USA than terrorism!! We have to take back our voices and stand for what we believe in.”

Score one for Linkin Park.