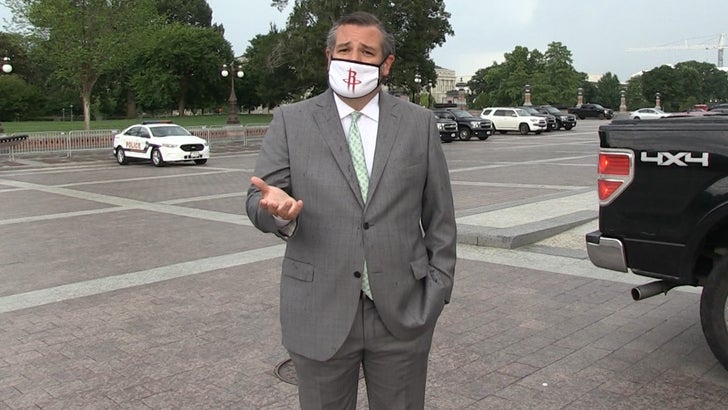 Senator Ted Cruz is doubling down on his attack of Mark Cuban and the NBA -- claiming the league SAYS it's all about social justice ... until it comes to China.

"When it comes to communist China, [the NBA makes] a crap ton of money from China so they silence everybody," Cruz said ... "They're not willing to say a word."

Cruz is referring to the NBA's 2019 dust-up with China -- when the country blackballed the league because Houston Rockets GM Daryl Morey dared to tweet support for protestors in Hong Kong.

Cruz thinks the NBA doesn't really care about freedom or free speech -- because its leadership and top players have not publicly criticized the injustice in China the same way they've rallied together for social issues in the U.S.

"Show me an NBA player who's allowed to put 'Tiananmen Square' on the back of his jersey, then I'll be impressed with their commitment to free speech."

Cruz says Cuban's decision to stick up for his players -- while dismissing fans who are offended by the anthem protests -- is wrong and disrespectful.

"The answer is for the NBA to show one, one-billionth of the spinal fortitude they show kissing up to and apologizing for communist China."

Cruz -- wearing a Houston Rockets mask -- also said straight-up the anthem kneeling protests are disrespectful to police and military members ... despite people like Colin Kaepernick explaining it's only meant to spotlight social injustice and police brutality.

And, Cruz issued this warning to Cuban and the rest of league ... if you ignore anti-kneeling fans, you're going to pay the price.

"The more they make these woke political, lefty leagues -- that are that telling police officers they hate them, that are telling veterans they're not welcome -- the more they're telling their fans if you're not on the hard left, and if you don't disrespect America's privilege, the more you're gonna see fans saying, You know what, I'm gonna find something else to do with my time.'" 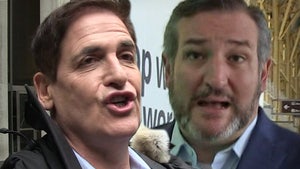