3:22 PM PT -- 7/27 -- The massive crowd at the drive-in concert is prompting an investigation by the New York State Department of Health ... TMZ has learned.

In a letter from health commissioner Dr. Howard Zucker to Southampton Supervisor Jay Schneiderman, obtained by TMZ, the good doc says he's "at a loss as to how the Town of Southampton could have issued a permit for such an event, how they believed it was legal and not an obvious public health threat."

Dr. Zucker also says he's "greatly disturbed" by the drive-in concert and wants to get to the bottom of what unfolded.

The Chainsmokers held a charity fundraiser in the Hamptons at a drive-in Saturday night ... and even with all the precautions, it still looked a little dicey.

The plan was to have the crowd socially distance on the 100-acre venue, and it seems there was an effort to keep people apart, but there's a heck of a lot of people in that area.

There were temperature checks before gaining admission, and face masks were even provided gratis. There was also plenty of hand sanitizer, so precautions were in place.

Profits from the event went to No Kid Hungry, Southampton Fresh Air Home, and the Children's Medical Fund of New York. 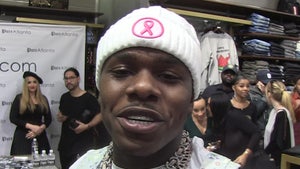