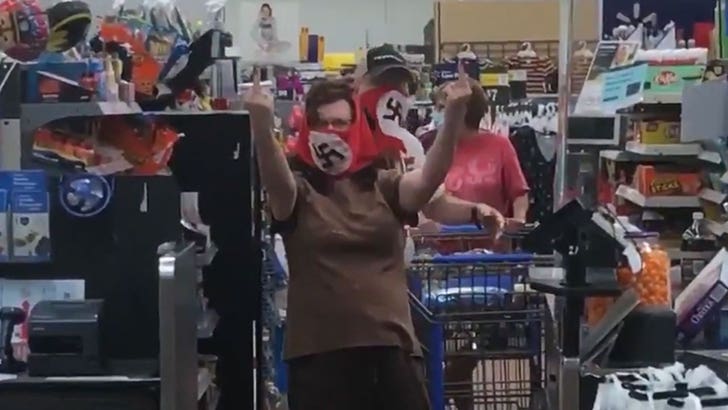 We are on the brink folks ... the latest is a couple that thought it was a good idea to make their point by going to a Minnesota Walmart wearing masks with Nazi swastikas emblazoned on them ... and thankfully, other shoppers called them out in a big way.

The 59-year-old man and 64-year-old woman say they're not Nazis, but rather they are warning people what will become of America if Joe Biden is elected. So, in other words, telling people to wear a mask in their book is equivalent to genocide ... INSANE.

Well, they got schooled plenty, as shoppers tore into them, calling them un-American.

Cops were called and showed up Saturday, and the officers slapped the couple with a trespass notice, prohibiting them from shopping at Walmart for a year.

In the video, the swastika-wearing duo is confronted by bystanders offended by their use of imagery associated with Nazi iconography employed during WWII.

Marshall PD says they responded to the incident around noon on Saturday, on reports that the couple's masks were causing a disturbance.

As for Walmart, they said ... “What happened today at our store in Marshall, MN is unacceptable. We strive to provide a safe and comfortable shopping environment for all our customers and will not tolerate any form of discrimination or harassment in any aspect of our business."

The statement went on ... "We are asking everyone to wear face coverings when they enter our stores for their safety and the safety of others and it’s unfortunate that some individuals have taken this pandemic as an opportunity to create a distressing situation for customers and associates in our store.” 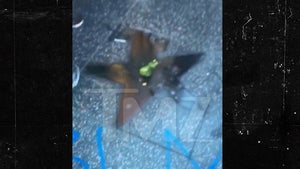