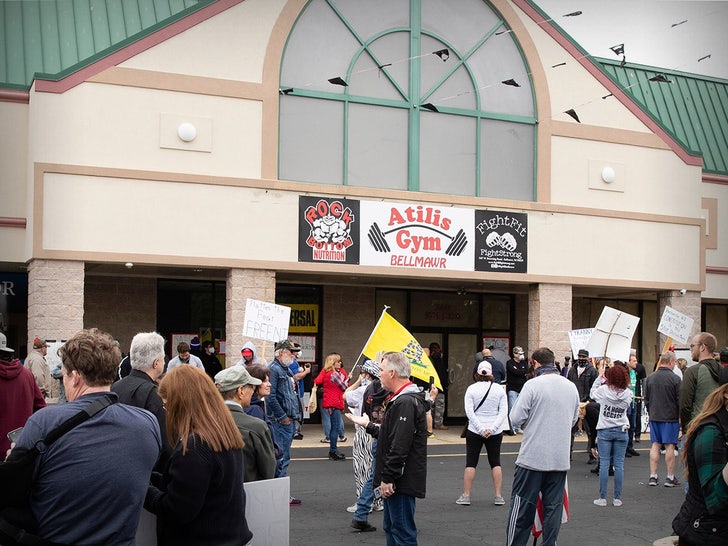 Two gym owners in NJ who refused to shut their doors despite official orders were arrested at their facility Monday ... and now, people are FURIOUS!!

Both protesters and supporters had been posting up in front of Atilis Gym in Bellmawr, NJ for days after the owners made it clear they would not comply with a state COVID-19 order requiring non-essential businesses to close up.

Things really got intense on Friday when a judge issued a court order demanding the owners vacate the premises and cease operations immediately.

But, Ian Smith and Frank Trumbetti refused -- and it all came to a head on Monday when several law enforcement agencies swarmed the gym and again, asked both men leave.

They again refused -- so, they were both arrested on site.

According to one witness, K9 units were on scene to help out. But, it does not appear things got out of hand.

Prosecutors in Camden County say 33-year-old Smith and 51-year-old Trumbetti were taken to a local jail and formally charged with "1 count of 4th degree Contempt, 1 count of Obstruction, and 1 count of Violation of a Disaster Control Act."

Both men have since been released from custody.

Ex-MLB star Aubrey Huff -- who's been vocal about HATING all of the COVID shutdowns and masks, etc. -- went to bat for the gym owners shortly after their arrests saying, "Ian Smith has taken the bullet for all of us."

My boy Ian Smith was arrested this morning in New Jersey for simply keeping his gym open. This is tyranny! Please help get the word out & let’s fight for him. #IstandwithIan 💪👊🏻@FoxNews pic.twitter.com/vazs4SCS8v

"He's been fighting his ass off against this bullsh*t. And now it's time for us to fight for him." 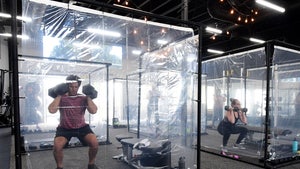