Exclusive: J Lo Gets All Up in Ben Affleck's Lap While Eating Out in Italy 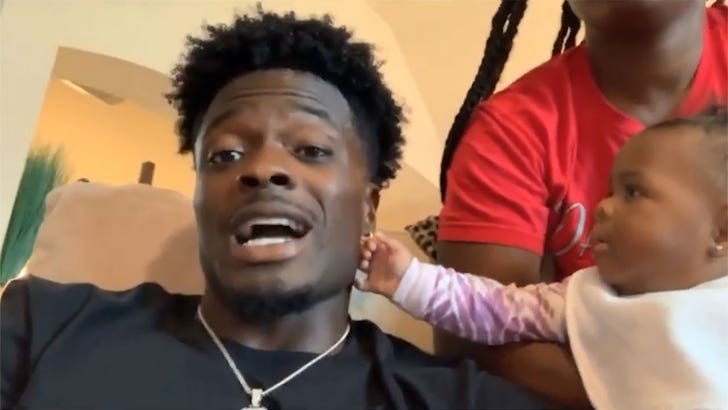 "Three years ago I made a decision that affected my whole life. I chose to leave my wife at the hospital, after prematurely birthing our first baby which resulted in a fatality to play in a football game."

"I felt like I had to prove to my coaches and new team that I was dedicated to winning and i wouldn't let anything keep me from that goal, not even my family."

10:21 AM PT -- 7/28 Philadelphia Eagles receiver Marquise Goodwin is opting out of the 2020 season out of concern for his family's health.

Goodwin and his wife have a 5-month-old infant daughter and decided it wasn't worth the risk to play football -- family comes first, according to NFL Network's Ian Rapoport.

Goodwin and his wife suffered 3 miscarriages before their child was born -- and it took a tremendous emotional toll on them.

Now that they have a healthy child, they're not doing ANYTHING that could pose a risk to their health ... including playing football.

Goodwin just signed a 1-year contract with the Eagles earlier this year.

The wideout -- who was traded from San Francisco to Philly this offseason -- just had a daughter a few months ago.

8:40 AM PT -- Another Patriot is choosing to sit this season ... star safety Patrick Chung just told ESPN he's planning to opt out as well.

5:53 AM PT -- Dont'a Hightower -- a 3-time Super Bowl champion and one of the leaders of the Patriots' defense -- has also chosen to sit out this season.

Hightower, according to NFL Network's Michael Giardi, just had a baby this month ... and his mom also has type 2 diabetes.

"Me and my fiancée are just more concerned with the health of our family than football," Hightower said in a statement to NFL Network's Ian Rapoport, "especially the new addition to our family."

The opt-out is a big blow for the Pats, Hightower recorded 71 tackles and 5.5 sacks for New England last season ... but he's also now one of FIVE Patriots choosing to forego the season.

There could be more on the way as well ... players still have until next week to make opt-out decisions.

At least five NFL players will NOT participate in the 2020 season over COVID-19 concerns ... with the Dallas Cowboys, New England Patriots and more losing players on Monday.

Of course, the fivesome joins Chiefs offensive lineman Laurent Duvernay-Tardif ... who opted out over the weekend, choosing instead to use his doctorate background this year to help fight coronavirus.

My decision regarding the 2020 NFL season pic.twitter.com/jrY3nZfNWO

The NFL -- as part of its collective bargaining agreement for this season -- is allowing players to opt out this year if they feel uncomfortable playing amid the pandemic.

The league says players deemed to be at "high-risk" of being affected by coronavirus can make a $350,000 stipend for opting out. The rest, meanwhile, can make $150,000 in a salary advance if they choose to sit.

Per the agreement between the NFL and NFLPA, the players opting out will have their current contracts toll into next season. 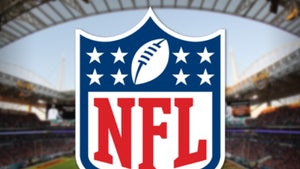