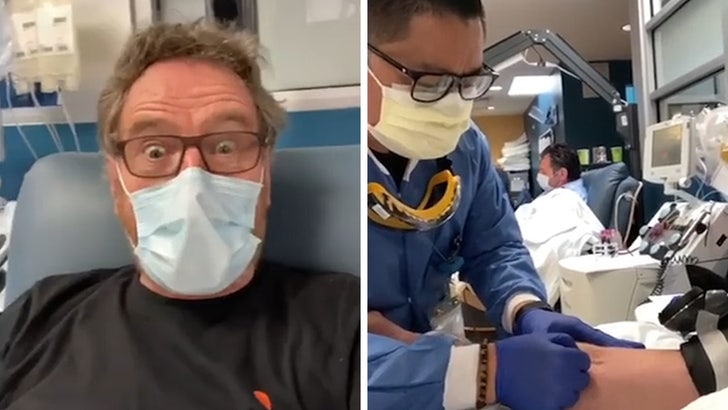 Bryan Cranston's one of the millions who've contracted the coronavirus, but he says he was lucky to have mild symptoms ... and now he's doing his part to help others.

The "Breaking Bad" star just shared a video of himself going through the process of donating plasma, which contains COVID-19 antibodies and can hopefully be of good medical and scientific use in the future.

Along with the vid, Bryan revealed he tested positive for the virus pretty early on and had some of the common mild symptoms -- headache, tightness in his chest and loss of taste and smell. He points out it affects everyone differently, though, and tragically ... has now resulted in more than 150,000 deaths in the U.S.

So, the actor's encouraging people to remain patient and vigilant -- and keep following the rules -- in order to prevail through this pandemic.

And, for other "lucky ones" out there like him, he's also providing a pretty great tutorial on how to contribute in the battle against COVID-19.

Of course, Cranston makes it pretty entertaining too. 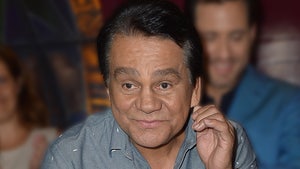 Roberto Duran Hospitalized with COVID-19, 'No Signs of Serious Damage'