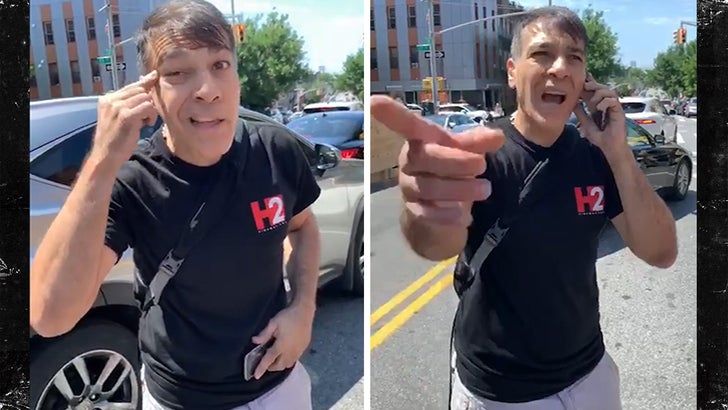 Racial tension is boiling over -- this time in Brooklyn between a cyclist and a driver, and it ended in a sparked hateful tirade against Asians.

The racist rant started when the guy who recorded this video admits he gave a "light honk" to the biker, who he says was swerving all over the road.

The biker quickly goes racial and hurled so many ethnic and homophobic slurs and stereotypes, you'd think he was trying to win racist bingo.

Basically, the cyclist's lame-ass defense was he's from that neighborhood, and no one should be honking at him on his bike, especially not Asians. Naturally, he pulls the get-out-of-my-country routine.

There were also threats of violence and hatred towards other minorities in this case of serious racist road rage.