TikTok might become an American-owned company on the heels of the Trump administration's security concerns about the app -- if Microsoft can get a deal done.

The software behemoth went public Sunday with its plans, announcing it was pursuing to purchase TikTok from its parent company ByteDance, and Microsoft's CEO has already had a chat with President Trump about the potential deal.

Microsoft to continue discussions on potential TikTok purchase in the United States. https://t.co/mCDeeVPzyX

It seems they're pretty eager to please the Prez, too ... saying, "Microsoft fully appreciates the importance of addressing the President’s concerns. It is committed to acquiring TikTok subject to a complete security review and providing proper economic benefits to the United States, including the United States Treasury."

In other words, they're gonna make sure they put "America first" here ... both on the security side and the economic side. Music to the administration's ears, no doubt.

There's more though -- Microsoft says it's planning to complete their discussions with the China-run TikTok team no later than September 15 -- and in the meantime ... they'll continue to brief Uncle Sam and co. on where they stand. Sounds like the feds are onboard with this.

#TikTokLivesMatter #Renegade @realDonaldTrump If they ban TikTok in the United States, they will lose a lot of their youngest voters. I hope you have thought it over carefully. Please don't let TikTok ban you. So many TikTokers have built their whole life's work with TikTok. pic.twitter.com/9cMZGmfV01

Remember, last week Trump said he was considering banning TikTok from the States outright -- BUT, he also said they were looking at alternatives ... Microsoft included, apparently.

One last thing on how Microsoft plans to address Trump's security concerns ... they say, among other measures, their crack team will ensure that all private data of American TikTok users is transferred, and any still out there being stored in foreign servers ... will be deleted.

No word on a price tag yet, but the bottom line here -- all the viral TikTok'ers out there are probably safe for now, and still have a home. PHEW ... 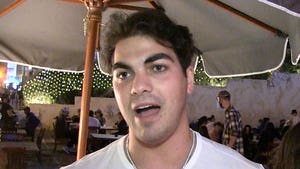 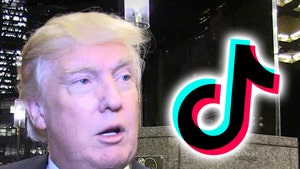 Donald Trump You Might Want to Rethink Politix Viral