9:08 AM PT -- 8/7 -- Watters is free!!! The teen just announced that this morning "my school called and they have deleted my suspension." It appears the school came to its damn senses amid outrage over the school's so-called violation of school policy about social media. 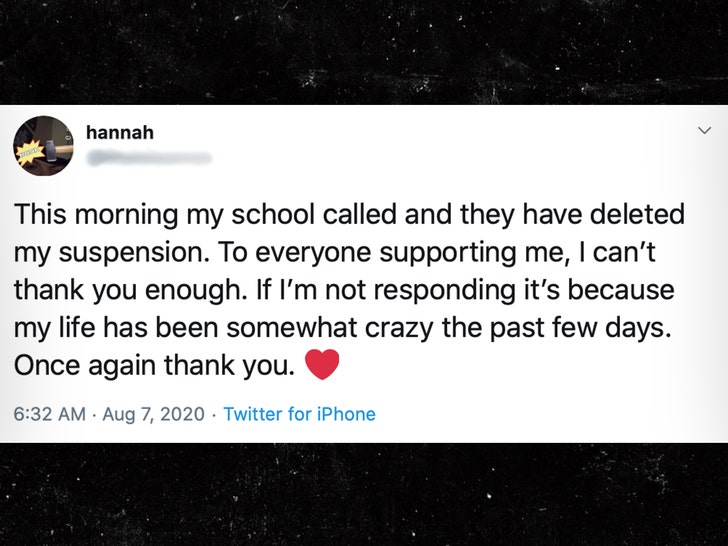 This back-to-school pic didn't just alarm parents worried about their kids and coronavirus ... it also got at least 2 teenagers suspended.

Georgia's North Paulding High School hit the student, 15-year-old Hannah Watters, with a 5-day suspension for posting that photo -- a shot she took out of concern for her safety ... as well as her classmates'.

Hannah had captioned the pic, "Day two at North Paulding High School. It is just as bad. We were stopped because it was jammed." She added that she was pushed multiple times, and defiantly posted, "This is not ok. Not to mention the 10% mask rate." 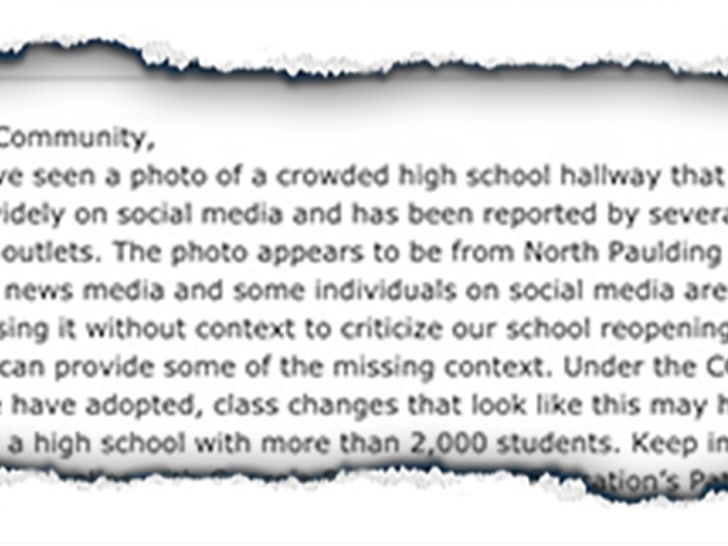 The school's stance is that Hannah, and another student who posted the crowded hallway image, violated school policy about social media and posting images of minors without consent.

That's the letter of the school's law, obviously, but one could easily argue ... the safety of students and faculty should be getting some consideration here. Hannah clearly posted the photo because she was alarmed at the inability to social distance.

Hannah told BuzzFeed News she feels her suspension is excessive.

The photo went viral Tuesday as it highlighted the fears of parents, and for that matter ... teachers, as students return to schools for the first time since the pandemic began. 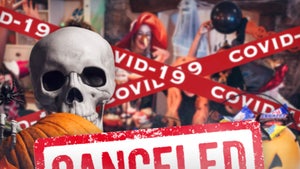