The coronavirus pandemic is claiming another victim, and this one's adored by millions ... Halloween.

Sure, the holiday is still more than a couple of months away, but the pandemic is already delivering nightmare numbers to theme parks, and candy and costume makers.

As you know, Disneyland, Universal Studios and Knott's Berry Farm -- like parks all around the country -- have been closed since March and they've already canceled annual Halloween events.

Fact is, trick or treating isn't just scary now ... it's potentially deadly thanks to the pandemic. As of now, the L.A. County Department of Public Health is asking families to prepare alternative ways to celebrate with as little contact as possible with non-household members. As the Los Angeles Times reports ... the Hershey Company gets 10% of its sales from Halloween alone.

Some costume stores are expected to remain open in L.A. in hopes of getting whatever kind of business they can get, but it's just not looking good right now.

Last year alone, nearly $9 billion was spent on the holiday. This year? A professor of finance told The Times, "I don't think it would be wrong to predict that spending gets cut in half, at a minimum."

Yeah, this year Halloween is an economic and public health horror show. 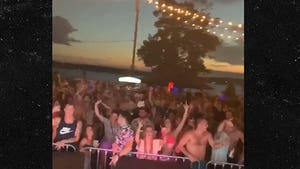 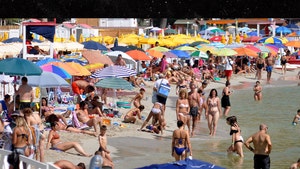 Europeans Flock to Beaches Without Masks as Vacation Season Begins