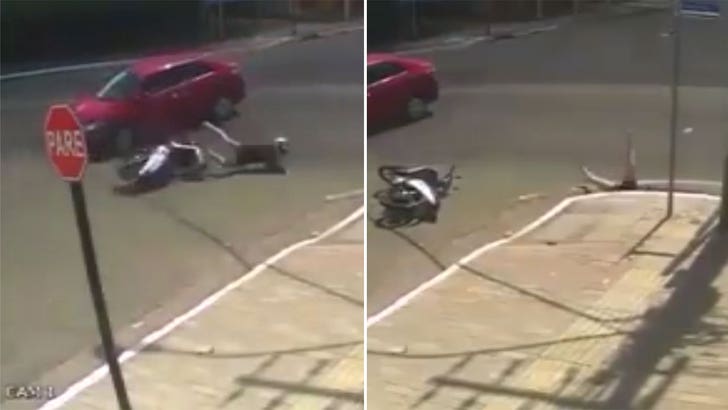 If you've never seen human billiards, you're about to -- a woman knocked off her moped bounced once, and then went straight down a gutter. Worst luck EVER!!!

The strange, but true accident went down in Brazil ... where some jerk (more on him later) driving a car turned right into a moped, sending the female rider flying. She hit the pavement hard, and started rolling.

As if getting hit wasn't bad enough ... her momentum sent her careening directly into a huge storm drain on the roadside!!! Honestly, it's a one in a million chance.

Now, the good news a bunch of Good Samaritans ran to her aid -- one of 'em even jumped down into the sewer -- and they were able to pull her out safely. Amazingly, it looks like she only had some bad scratches on her legs.

The bad news? Watch the video ... while the crowd gathered to rescue the woman, the guy who hit her snuck back to his car and dipped!!!

He made a clean getaway ... for now. Karma's gonna catch his ass. 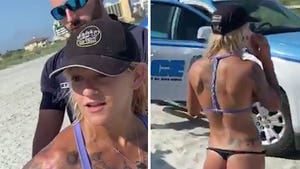 You Might Want to Rethink Insane Videos Car Crashes Viral