Things are getting testy between UFC's Yair Rodriguez and Zabit Magomedsharipov ...

The two were SUPPOSED to do battle at UFC Fight Night on August 29 -- but that's been pushed after Yair suffered an ankle injury.

Zabit -- the #3 ranked featherweight contender -- ripped Yair about the situation on social media saying, "Yair has no balls."

Zabit then called for a replacement fight with the champ, Alex Volkanovski ... a fight Alex seems to be interested in taking.

The whole situation didn't go over well with Yair -- the #5 ranked featherweight contender -- who clapped back at Zabit Thursday morning.

"Sit down and wait for me the way you have been waiting," Yair said.

"You will get a real good taste of my big mexican balls soon enough."

Yair added, "And since when did you become the sh*t talker? That you or your manager? Either way you’ll both wait for me like the little dogs you are. Tongue out and begging. I’ll see you in October-November 5 rounds."

Both Yair and Zabit have been incredibly impressive lately.

Yair is on a 2-fight win streak with victories over Jeremy Stephens and the Korean Zombie.

Zabit is 18-1 as a pro with recent wins over Stephens and Calvin Kattar. 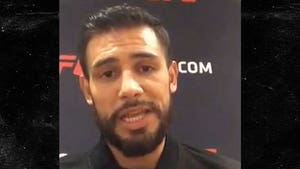 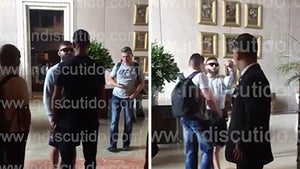