With the Pac 12 and the Big Ten shut down for 2020 -- sources tell TMZ Sports there are serious discussions about having 2 football seasons in 2021, 3 months apart.

The proposed plan, according to our sources would be a season that runs from February to April -- followed by 3 months off.

The 2nd season would kick off in August and run through the rest of the year ... on the normal college football schedule.

All of this is predicated on the notion that it will be safe to play again by the spring. In other words, there needs to be a real plan on the handle to handle the COVID threat. A cure would be nice.

With PAC 12 programs shut down until at least January, coaching staff can NOW start to focus on recruiting top players for the Fall 2021 season ... and coaches aren't wasting time.

There are other issues facing major college programs regarding how to handle players currently on campus -- keep them around or send them home?

One source tells us ... it will be up to players if they want to stay on campus or return to their homes. With most classes available online and no team practices allowed until January, some players will see no reason to stay.

But, with scholarship athletes still getting lodging and food plans covered by the schools, some are expected to stick around.

Another issue ... several programs are expecting some of their top players to opt out and prepare for the NFL Draft instead of waiting out the college football season.

As one source put it, "It's a smart move for some players with so much money at stake."

The bottom line -- there's A LOT of money being lost without college football in 2020 and everyone's scrambling to find a way to make it back as quickly as possible. 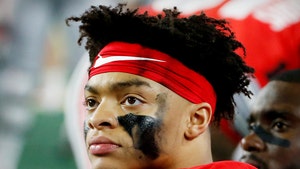