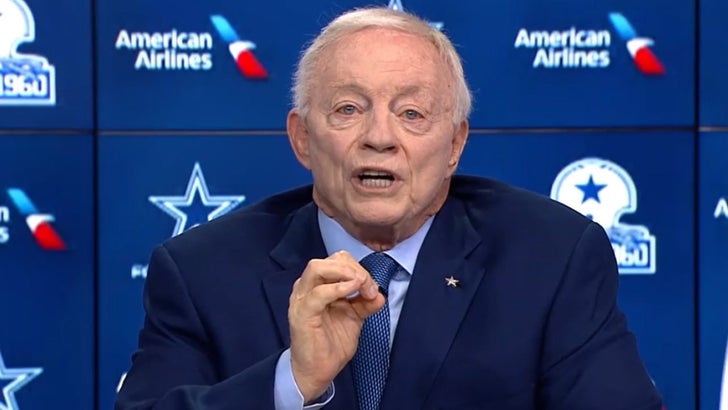 Jerry Jones says the Cowboys might be backing off his "toe the line" national anthem kneeling policy ... with the Dallas owner telling media members Wednesday he's considering a new rule.

The 77-year-old, who has famously threatened to cut players if they kneel during the pregame song, now says he's going to have an open dialogue with his team over the policy.

Jerry told reporters he's currently trying to find a way that pleases both protesters and staunch flag supporters when it comes to the team's newest anthem kneeling rule.

Jerry says he's been in contact with several powerful people over how the Cowboys should move forward with the policy ... saying both past and current U.S. presidents have shared their feelings with him on the matter.

"I've had input from a cross-section of our players, former players and I will continue to have input. This is a very serious matter."

Jones stressed repeatedly he'll handle the situation with "grace" ... and added, "We will do it in the way that we think that is as sensitive and has as much as grace for the genuine feelings of everybody in mind."