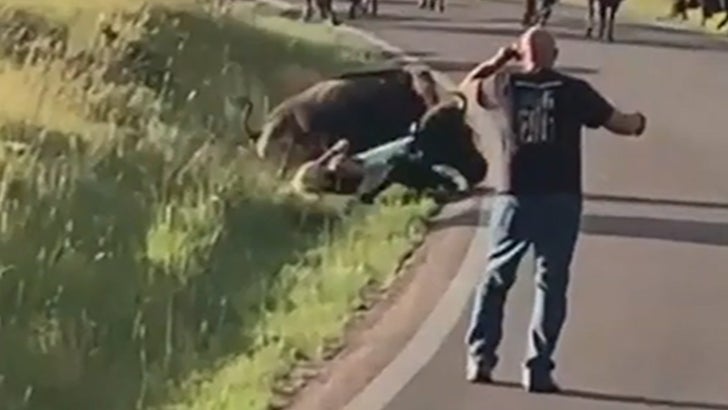 That home where the buffalo roam ain't as tranquil as it sounds in the song ... just ask this woman who got dragged around like a rodeo clown!!!

The wild incident went down Wednesday at Custer State Park in South Dakota and you see the bison flinging this poor woman around like a rag doll ... with her belt hooked around one of the animal's horns.

The Custer County Sheriff says the victim, a 54-year-old woman from Iowa, was airlifted to a hospital ... but when it was all said and done, she avoided any serious, long term injuries.

Witnesses say the woman had gotten off her motorcycle and approached a bison calf when an adult bison came charging, catching her belt and jeans on its horn.

Authorities say the woman was apparently saved because her pants came off. She fell to the ground unconscious, and the bison ran off with the rest of the herd.

The Sheriff is emphasizing what most people should already know ... stay in your vehicles and keep a safe distance from all bison. 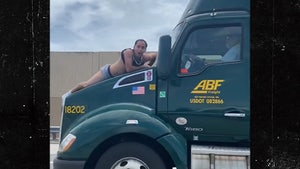