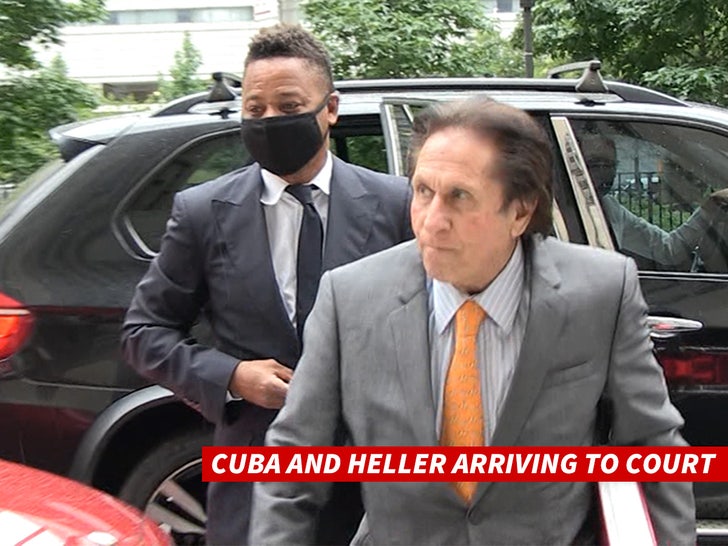 Cuba Gooding Jr.'s lawyer is making what sounds like, on its face, an odd argument in his sexual assault case -- claiming women with small breasts tend to be delusional.

The actor and his legal team appeared in a Manhattan courthouse Thursday for a preliminary hearing in his trial, and things took a strange turn when one of his attorneys argued a woman's negative feelings about her breasts can directly affect her perceptions of reality ... specifically when it comes to sexual assault.

Now, some context -- the attorney, Peter Toumbekis, raised this because one of Gooding's accusers once blogged about women's self-esteem and body issues. It seems he used her words as a jumping off point for his theory ... but it's a risky, if not straight up offensive, legal maneuver.

There was no jury present today, but if Gooding's team uses that tactic later in trial ... it might backfire. Suggesting an accuser misperceived something as sexual assault due to the size of her breasts could easily be seen as victim shaming to a jury.

Reporters asked Gooding about it as he exited the courtroom, and he only removed his face mask to reveal a Black Lives Matter symbol. He didn't say a word.

As we reported ... there are at least 22 women who have accused the actor of sexual misconduct. Back in October, Cuba pled not guilty to 6 sexual abuse charges.

TMZ obtained security footage of an alleged butt-touching incident that relates to 2 of the 6 counts he's facing. Remember, Natasha Ashworth had claimed he pinched her butt while walking past her at TAO in NYC back in October 2018.

There's also the June 2019 incident ... in which a woman accused Cuba of groping her thigh and breast while at the Magic Hour Rooftop Lounge in NYC.

Gooding's other attorney, Mark Heller, tells TMZ ... the strategy for their opening statement to the jury will be to play video they believe shows absolutely no crime was committed.

Heller insists Gooding respects women and has never acted inappropriately toward them. 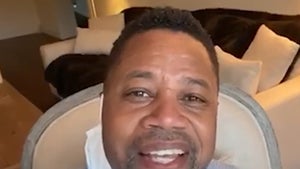 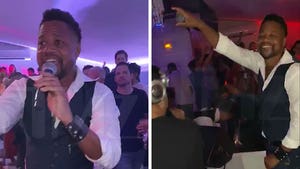