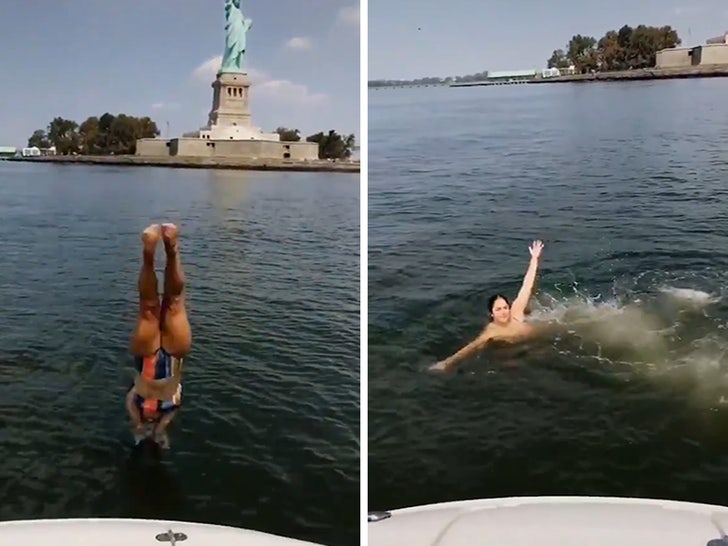 A young New Yorker drew outrage for taking a dip in the infamous Hudson River -- but as it turns out, she might've had the last laugh ... 'cause it's actually safer than you might think.

TikTok user Donna P -- a 20-year-old food blogger from the Big Apple -- posted some videos of herself jumping off a boat into the murky waters right near the Statue of Liberty, which put a whole lot of Twitter truthers into a tizzy ... with a lot of them calling her out.

Folks were making fun of her, saying she was foolish and generally deriding the fact she thought this could possibly be safe ... not to mention she did it with so much verve and free-spirited passion. Basically, people thought this was downright dumb, putting her health at risk just for a TikTok video. There were also plenty of jokes and memes to go around.

BUT, it looks like Donna mostly walks away with the W in this sitch, 'cause she did her homework. When she caught wind of the "backlash," she decided to do a bit of research and took people to school with the facts -- per the NY Dept. of Environmental Conservation.

If you go to their page about the Hudson River, it dishes out a lot of info as to whether it's safe or not to swim in. Long story short ... yes and no. The Dept. notes, generally speaking, it probably won't do much harm to take a swim or a dive. Fact is, the river's not quite as toxic or polluted as it was in the old days -- even though people are under the impression that it very much is. BTW, Donna tells us she knew this going in ... and that she's fine.

Now, we don't recommend taking to New York's river waters regularly -- good for the back as it might be. Frankly, it's probably not the best habit, 'cause there can still be some gnarly stuff in there that could be harmful. Different parts of the Hudson are certainly worse than others, and rain runoff can mix in with the city sewage and can seep in, even today.

That said, it would appear a little dip now and again likely won't kill you. #TheMoreYouKnow 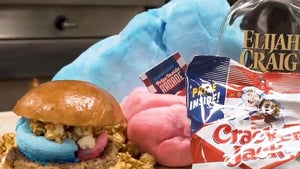 You Might Want to Rethink Weird News Summer Viral Health