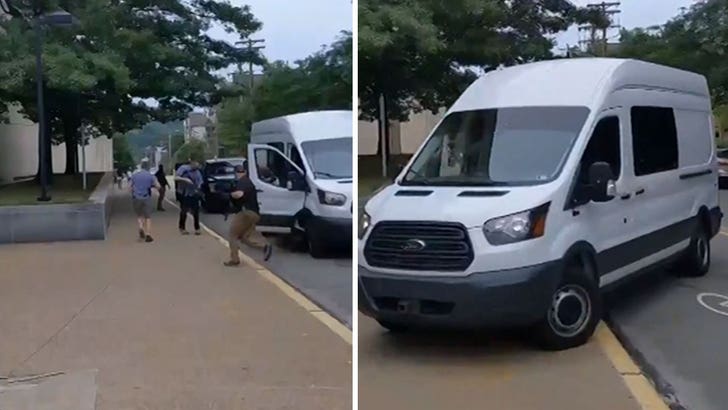 This is scary ... a Black Lives Matter protester in Pittsburgh was grabbed by armed men in civilian clothes and yanked into an unmarked van ... and turns out they were cops.

Matthew Cartier was allegedly blocking traffic during the protest and refused commands by officers to clear a path for cars. They say he left but came back and did it again.

Police say the 25-year-old protester was scaring drivers, and that's why they moved in.

We are aware of the arrest that was made around 500PM today. I have ordered Chief Schubert & Director Hissrich to fully examine operations taken by Pittsburgh Police and by the individual arrested. Once we have video & transcripts, we will address our citizens concerns on Sunday.

Pittsburgh Mayor Bill Peduto said they're reviewing all the video and will have a statement Sunday.

Cartier has been charged with disorderly conduct, failure to disperse and obstructing traffic.

As for armed officers who are not wearing uniforms jumping out of unmarked vans and taking people into custody, the justification appears to be that they don't want to become an obvious flashpoint, but the idea someone can be yanked in a van this way ... well, it's pretty frightening.

And, how does someone know if they're being arrested or kidnapped? 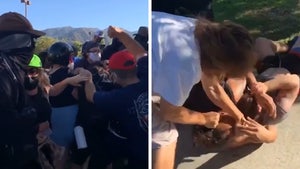