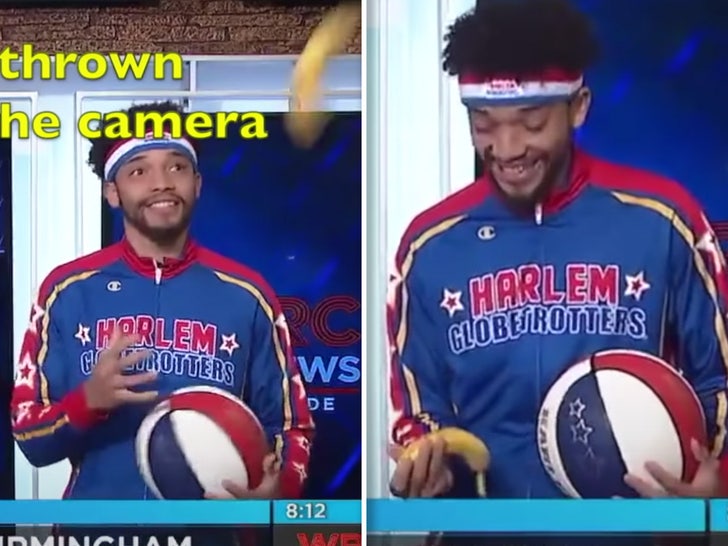 A Harlem Globetrotters player says white Alabama news anchors threw a banana and other fruit at him during a January appearance ... and now he's coming forward to blast the men for the "disrespectful and egregious" act.

Maxwell Pearce -- AKA "Hops" -- says he was doing an interview with Fox 6 in Birmingham to promote an event ... when suddenly, people on set threw tangerines his way.

Shortly after ... the 24-year-old says one of the anchors took it a step further, and hurled a banana at him.

In footage from the interview ... you can see Pearce caught the fruit with a shocked expression on his face.

Now, after months of reflecting on the incident ... Pearce says he's going public with his feelings on the matter to raise awareness for just how unacceptable the acts were.

"Throwing fruit at me diminishes the Naismith Hall of Fame legacy of the Harlem Globetrotters to that of a circus," Pearce said in an emotional video over the weekend.

"But throwing a banana at a black man and passing it off as entertainment displays an unacceptable lack of awareness. And quite frankly, I'm having a very difficult time understanding how someone could work in the media field and not know that this is offensive."

Pearce added, "This carries deep racial undertones that date back to the early 1900s when black people were held on display in human zoos."

Pearce says he initially urged the news station for an apology, but "stood down" for fear of appearing combative.

But, Pearce claims after the tragic deaths of Ahmaud Arbery, Breonna Taylor and George Floyd ... he felt it was necessary to shine a public light on what he went through.

Pearce told CNN this week that he did receive an apology from the news station over the fruit throwing ... but claims the anchors themselves have yet to reach out to him to say sorry.

"At this point it's not going to be sincere to me," Pearce said.

For its part, a station spokesperson released a statement on the matter to AL.com this week ... saying, "WBRC Fox6 would like to take this opportunity to again extend a heartfelt and sincere apology to Globetrotter Max Pearce."

"An on-air segment promoting a Globetrotters event with Mr. Pearce months ago was intended to be lighthearted. However, it became something deeply hurtful to our guest as the result of our lack of understanding." 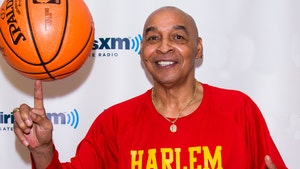 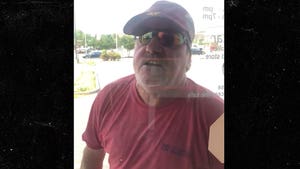 You Might Want to Rethink TMZ Sports Basketball Viral