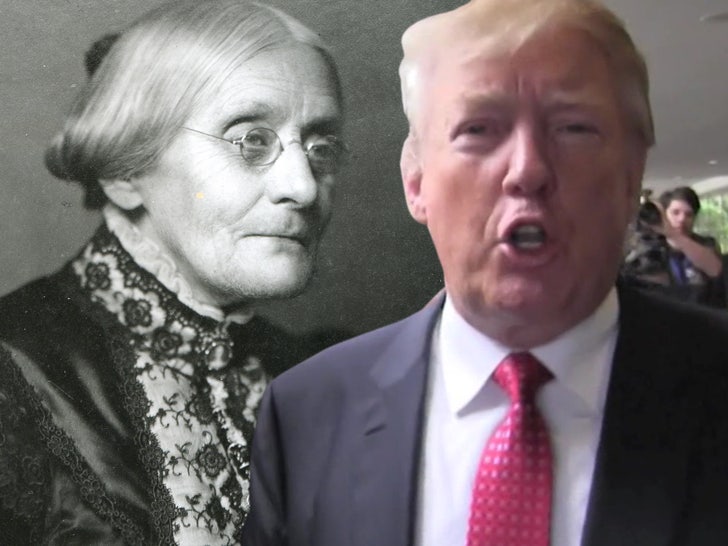 The Susan B. Anthony Museum's telling President Trump to kick rocks when it comes to pardoning the activist ... essentially saying it's unwanted, much less needed.

The museum's president and CEO, Deborah Hughes, said Tuesday, in no uncertain terms, "Objection! Mr. President, Susan B. Anthony must decline your offer of a pardon." She explained ... "Anthony wrote in her diary in 1873 that her trial for voting was 'The greatest outrage History ever witnessed.' She was not allowed to speak as a witness in her own defense, because she was a woman."

Hughes continued in her blog, "At the conclusion of arguments, Judge Hunt dismissed the jury and pronounced [Susan] guilty. She was outraged to be denied a trial by jury. She proclaimed, 'I shall never pay a dollar of your unjust penalty.' To pay would have been to validate the proceedings. To pardon Susan B. Anthony does the same." 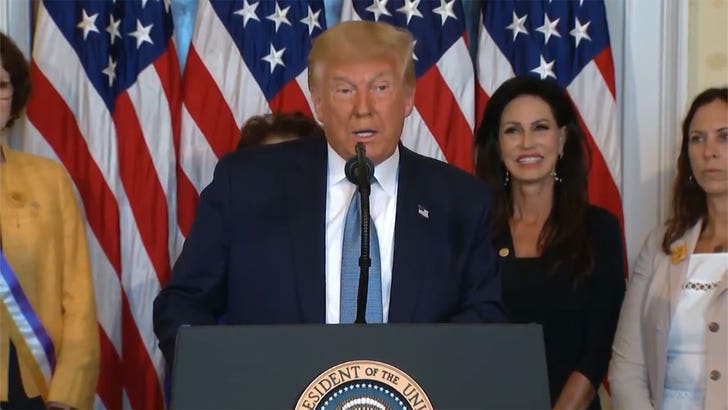 As we reported ... Trump on Tuesday pardoned the women's rights activist for illegally casting her ballot in 1872. Remember ... it was illegal for women to vote back then.

The odd choice to pardon Susan came on the 100th anniversary of the passage of the 19th Amendment ... so to many, it came off like pandering.

Hughes says there's a better way the President can honor Susan ... "Enforcement and expansion of the Voting Rights Act of 1965 would be celebrated, we must assure that states respect the 14th, 15th, and 19th Amendments to the United States Constitution. Support for the Equal Rights Amendment would be well received."

It should be noted ... Hughes isn't alone in this take on SBA. In fact, a historian wrote in 2005 that after a federal marshal approached Susan he asked her to accompany him downtown. She reportedly shot back "Is that the way you arrest men?" before practically demanding to be properly arrested. 💪🏽

Kamala Harris at DNC, 'We Have a Chance to Change the Course of History'

Donald Trump You Might Want to Rethink Politix Viral News