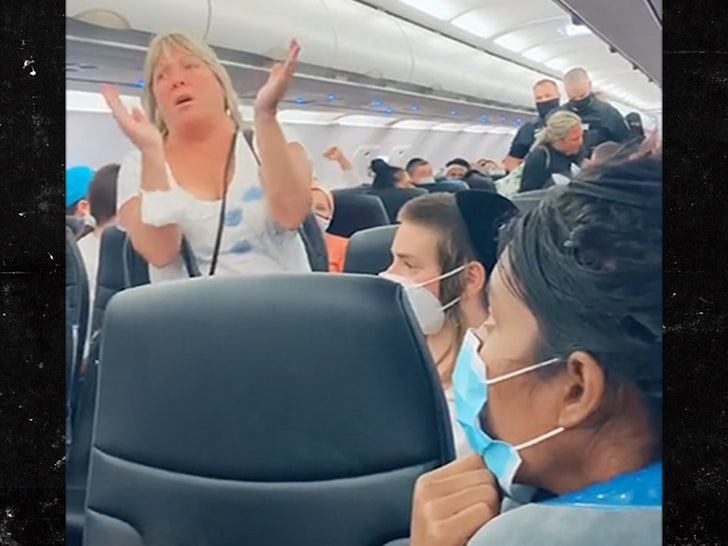 A passenger on a commercial airliner was booted off the plane, but not before making a bizarre exit. With the parting words, "racism at its best."

It's unclear why the woman and her daughter were removed from the flight, but judging from the video it would appear it's because they weren't wearing masks. It looks like the woman has a mask on her arm, but she and her daughter are both maskless when they de-plane.

Now the weird part ... she screams, "racism at its best" in the direction of a woman who is videotaping her. The woman shooting video is white, so it's puzzling. Then again, trying to make sense of this woman may be a futile task.

Her daughter stops as shes being removed to blast the videographer, saying, "Don't talk to my mother like that."

It's unclear what the woman who was videotaping might have said ... but the whole thing is nonsensical. That said, it's just another example of people in the pandemic looking for a fight. 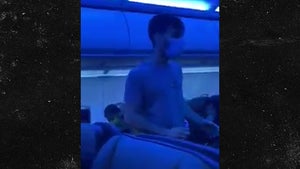 Flight Turns Around After Passenger Threatens to 'Kill Everybody'

You Might Want to Rethink Viral Police Fights & Feuds