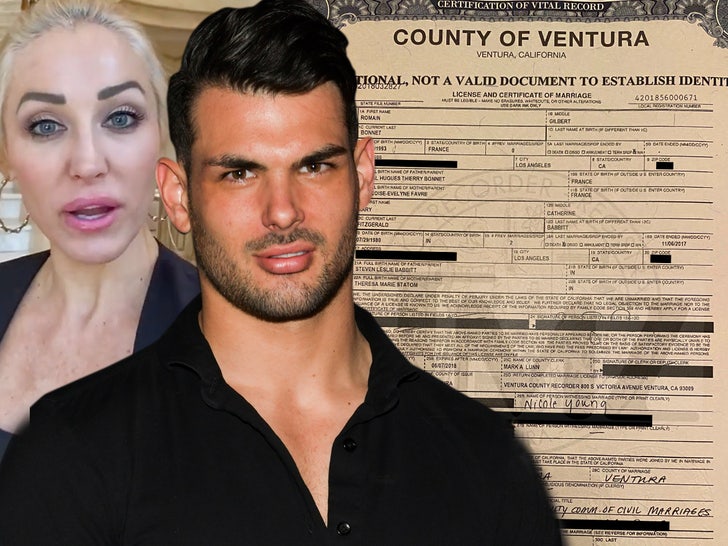 "Selling Sunset" stars Mary Fitzgerald and Romain Bonnet pulled a fast one on their fans when it comes to love ... 'cause TMZ's learned they actually got hitched LONG before they started filming their Netflix show.

TMZ's got a copy of their license and certificate of marriage ... and it shows Mary and Romain got married March 9, 2018 at the Ventura Courthouse. Check out the doc ... a deputy commissioner of civil marriages officiated the ceremony and a woman named Nicole Young was a witness.

It's super interesting for several reasons. For starters, the 40-year-old high-end realtor -- married twice before -- tied the knot for a third time 4 months after her divorce from her second husband was finalized.

Secondly, the Netflix show started filming around July, 2018 ... meaning Mary and Romain had been legally married for at least 4 months before filming started. But, hardcore fans are very aware in season 1, Romain proposed to Mary while they relaxed and laid in bed.

And, one more thing ... season 2 was centered around Mary planning her wedding, shopping for a wedding dress and scouting venues. Her venue fell through, and then one of her clients offered his elegant L.A. house. And, that's where the TV wedding went down ... on October 12, 2019.

Now, it's possible Mary and Romain fell in love fast and raced to the courthouse. But, they certainly made it seem on the show they were taking things slow. She introduced him as her boyfriend and during a 1-year anniversary dinner, they talked about kids in their future. Romain didn't seem totally interested ... prompting Mary to respond with, "We should probably talk about this if we are thinking about a future together."

Then there's this ... when Romain met Mary's co-workers at Mary and Chrishell Stause's combined bday party, the girls grilled him about how long the 27-year-old's been dating Mary. He said a little over a year. The show's villain, Christine Quinn, then asked Romain if marriage is in their future. Romain played it off as ... we'll see. 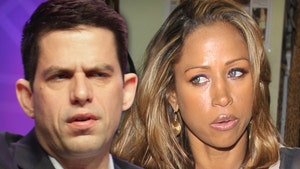 Stacey Dash's Husband Claims He Was Hypnotized Into Marrying Her 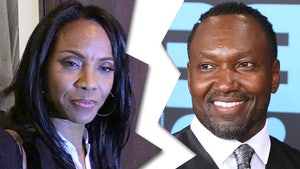 Rapper MC Lyte Files for Divorce After 3 Years of Marriage