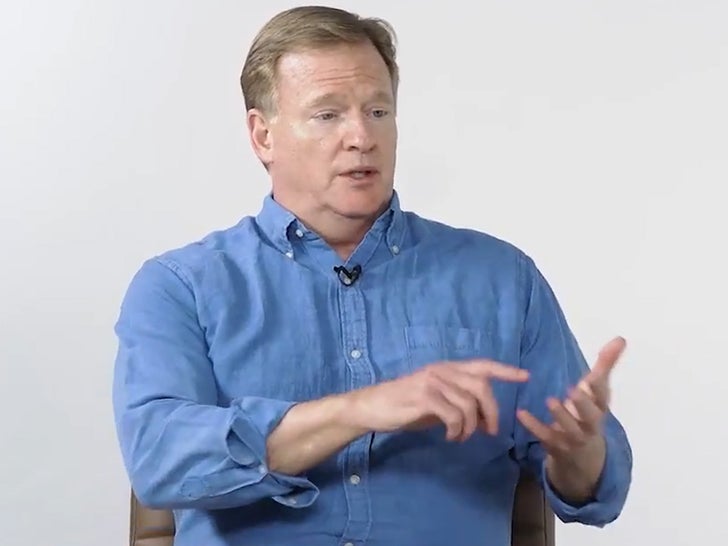 1:00 PM PT -- Kap hasn't responded to Goodell yet -- but his good friend Kenny Stills just did ... saying he wants to see more meaningful action from the NFL that leads to "REAL" change. 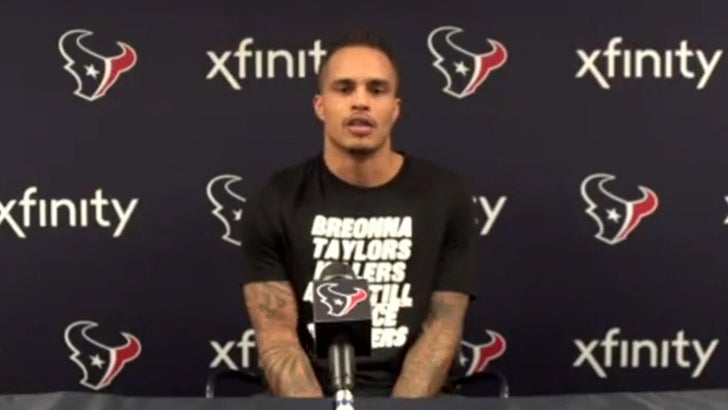 "Look at the NFL," the Houston Texans WR said Monday ... "We're supposed to be the leaders in our country. We're reactive instead of proactive when it comes to a lot of the issues in our country."

"I hope that we can do a better job moving forward of listening to our players and understanding our issues and doing something about it."

Roger Goodell says he understands the national anthem kneelers are NOT disrespecting the flag or the military -- and wishes he would have listened sooner to Colin Kaepernick.

The NFL commish spells out his position during an interview on "Uncomfortable Conversations with a Black Man" with ex-NFL linebacker Emmanuel Acho -- who asked straight-up what Goodell would say in a public apology to Kaepernick.

"The first thing I'd say is I wish we had listened earlier, Kap, to what you were kneeling about and what you were trying to bring attention to," Goodell said during the interview which dropped Sunday.

The Commish insists he had invited Kaepernick to the NFL offices "to have the dialogue," but they never sat down together.

"I wish we had the benefit of that. We never did. And we would've benefited from that, absolutely."

But, Goodell made a bunch of interesting comments -- including this one, that seems to directly contradict Donald Trump's position on the kneeling.

"It is not about the flag," Goodell said ... "The message here, what are players are doing, is being mischaracterized."

"In fact, many of those guys were in the military, and they're a military family. And what they were trying to do is exercise their right to bring attention to something that needs to get fixed. And that misrepresentation of who they were and what they were doing was the thing that really gnawed at me."

Trump, even recently, has said he finds the kneeling to be disrespectful to the flag and the military -- and has urged fans to boycott sports where players are allowed to take a kneel. 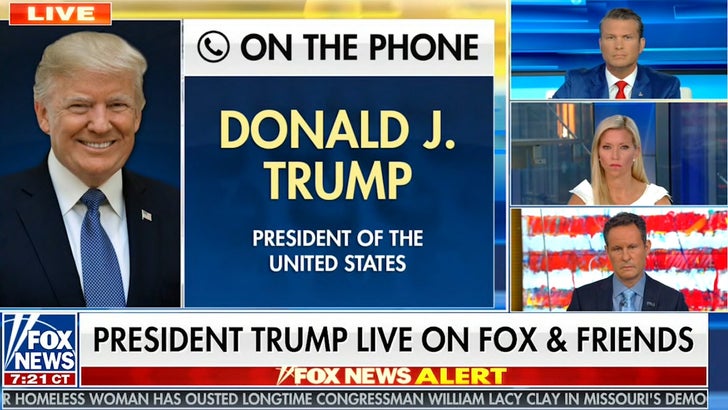 Goodell says he was particularly moved by the death of George Floyd, a black man who was killed by a white police officer in Minnesota.

"It was horrific to see that play out on the screen -- there was a part of me that said, 'I hope people realize that's what the players were protesting. That's what's been going on in our communities. You see it now on TV, but that's been going on for a long, long time."

Goodell says the NFL can't solve all of the problems in the world -- but admits the league should have "listened sooner" when it came to issues of police brutality and social injustice.

Kaepernick began his kneeling demonstration in 2016 -- but hasn't played in the league since that season. He's since accused the league of conspiring to blackball him from the NFL due to the kneeling. 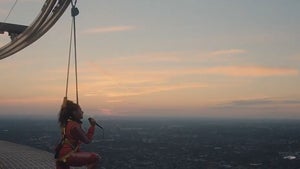