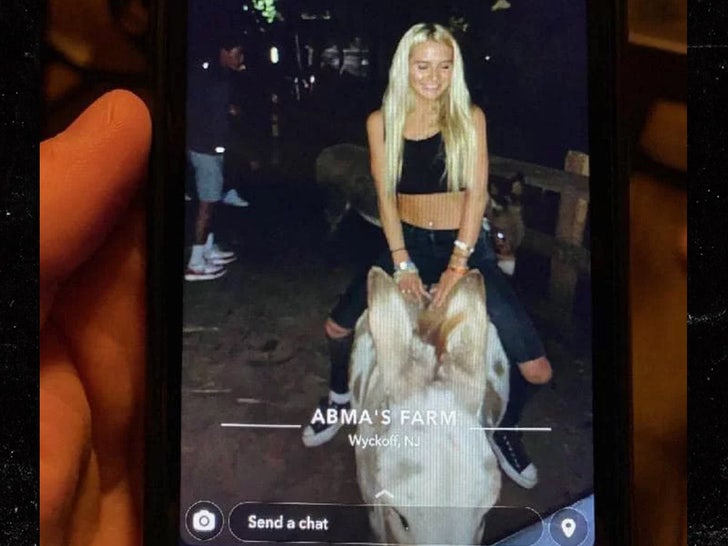 A group of teenagers broke into a New Jersey petting zoo and ran amok ... and cops say they turned the place upside down in the middle of the night and cruelly put lipstick on one of the animals.

Cops in Wyckoff, NJ say at least six teens illegally made their way onto Abma's Farm this weekend around 10 PM or so, well after business hours. The family that lives there and runs the place says they heard commotion outside, and ran out to see what was going on.

They claim they encountered a number of adolescents on the grounds in different animal pens. The family members say they tried chasing them down, but all the kids got away.

Afterward, the owner says he was sent a photo of a blonde girl riding one of his miniature donkeys, with her full weight on it ... and a Snapchat filter that read, "Abma's Farm." It also appears one of their ponies received a makeover ... with lipstick applied to its mouth.

The facility claims the kids also released a bunch of animals from their confined areas and interacted with the livestock in ways that were dangerous ... leaving the creatures frazzled after the fact. Luckily, Abma's Farm says all their animals are accounted for.

The place remained closed Monday as a vet went through and checked up on all of the 60 or so of the animals on the premises. Abma's Farm seemed irate in the Facebook post, saying this wasn't just teenage hijinks and pranks ... it was outright disrespectful and criminal.

Cops haven't made any arrests yet, but are on the lookout. They believe they have solid leads with at least one photo and some potential names as well.