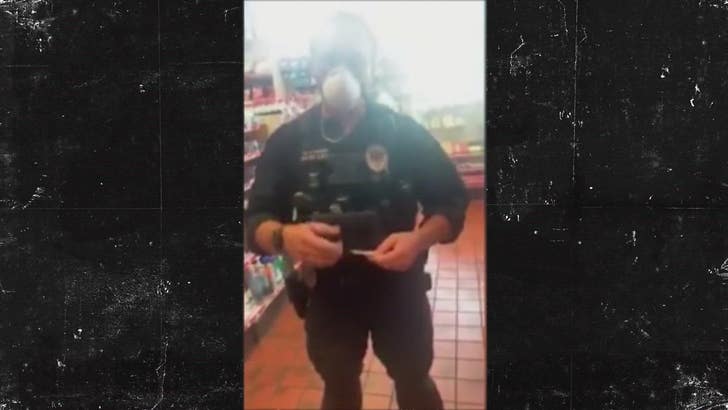 6:07 PM PT -- Police say the officers were approached by a patron in the convenience store who was in line behind the man at the ATM and found it suspicious his transactions kept being denied.

In the video, the man explains he forgot his pin number because he had so many cards. Police say the entire interaction lasted 6 minutes and they are happy to discuss the incident with the man.

Pulling out money from an ATM in a Texas suburb was all it took for this black man to be cornered and interrogated by white police officers, who thought he had too many credit cards.

The incident went down recently at a gas station in Burleson, a suburb of Fort Worth, and video shows one of the officers asking the man to prove the numerous cards in his wallet are his.

The guy explains he's in a rush to help his wife, whose car he says had broken down, but police make him slowly cycle through all the credit cards in his wallet so they can match the names on the cards to his ID.

The man wonders why cops are making a big fuss, and one officer tells him someone in the store thought he was acting suspiciously.

At one point, the officer outrageously asks the man how he ended up in the suburb and everything checks out in the end ... but now the guy is saying the entire interaction was racist.

We reached out to the Burleson Police Department ... so far, no word back. 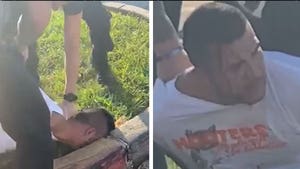