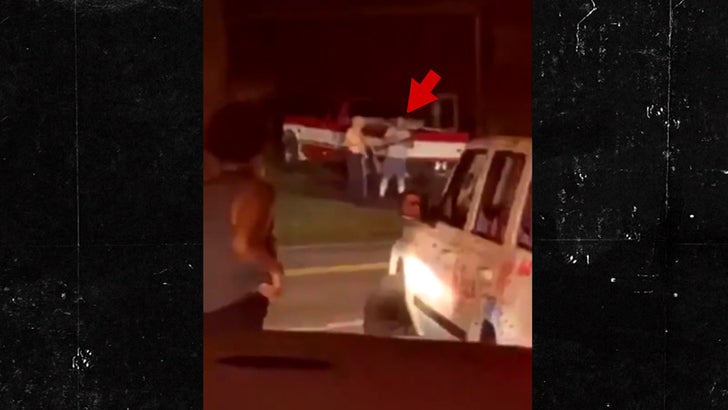 A group of Black activists were shot at -- and apparently hit at least once -- by a gun-toting Pennsylvania home-owner with a long-range rifle.

Activist Frank Nitty documented the incident on social media live Monday night, when he and several other protesters were marching/caravanning from Milwaukee to D.C. ... and stopped through a town in PA along the way, where things got deathly scary in a flash.

In Frank's video, you see he and other fellow marchers making their way through what appears to be an open residential street ... when, all of a sudden, you hear a loud shot ring out somewhere from a relatively close distance. It sounds almost like a sniper rifle round. 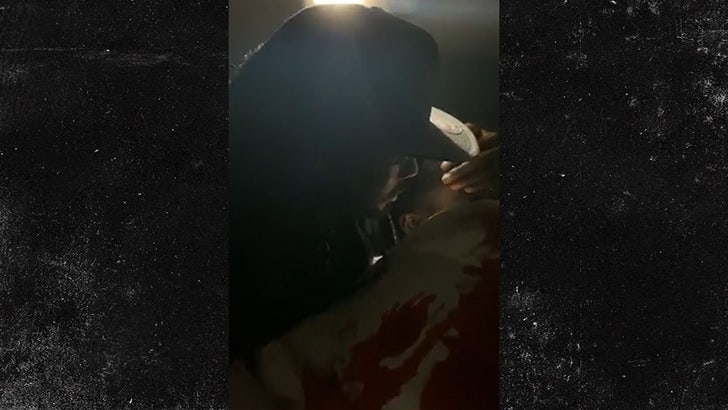 The video is a bit jumbled, but for a brief moment ... you can see the camera aimed at a house across the road with at least two to three men staring down the group. One of the men appears to be holding a long object in his arms, perhaps a firearm.

You hear one other gunshot and then you hear screaming and chaos. One of the marches can be heard telling the men they're leaving and that there's no need to get violent.

Frank and the rest of his group jump into vehicles that were accompanying them and race to the hospital. In a separate video, you can see him holding somebody in the car who appears to have a bloodied shirt. They arrive to the hospital and end up talking to cops about it.

The status of the person who might've been shot is unclear at this point -- but one thing that is clear ... this is eerily reminiscent of another time in our history, the Civil Rights era. 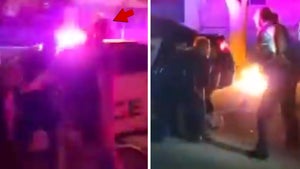 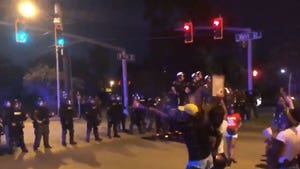