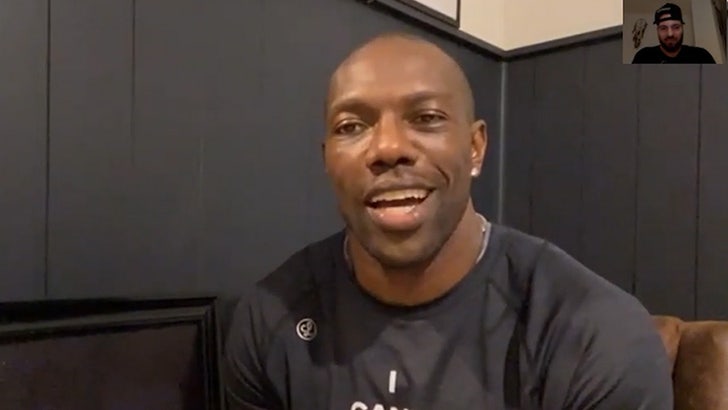 Terrell Owens says Odell Beckham doubters are in for a rude awakening ... telling TMZ Sports the superstar receiver is destined for a huge year ... as long as his quarterback doesn't stink up the place.

Of course, the narrative is that OBJ had a pretty disappointing season in 2019 -- he battled a sports hernia injury as the Cleveland Browns posted an underwhelming 6-10 record.

FYI -- Odell still managed to rack up more than 1,000 yards and caught 4 touchdowns a year ago.

T.O. says the media wrongfully pushed a storyline that Odell was declining ... and believes it was "unfair."

"Obviously, Odell is a great talent," T.O. tells us. "It's very misleading for somebody to say that he had a down year."

"He had some great catches, there were some flashes of that. But again, playing with an injured hip ... I can't imagine what that feels like, trying to play through that but it's not all of his fault."

Owens puts part of the blame on Baker Mayfield ... saying OBJ would have made more plays if #6 was hitting his targets.

"You break down the game tape, like yeah, the guy was open and the ball was thrown high, thrown behind him, thrown low," Owens says. "This guy's catch rating is equivalent to Julio Jones."

"Heir season is gonna ride on [Odell] and [Jarvis] Landry. So, hopefully, they're working through those things and they're healthy, Baker is better than he was last year."

"That offense and that team is not gonna go anywhere if Baker is not being the leader there."

T.O. believes the Browns can turn things around if every aspect of the offense clicks ... and offers some solid advice for Odell. 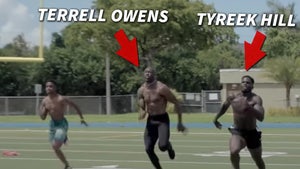