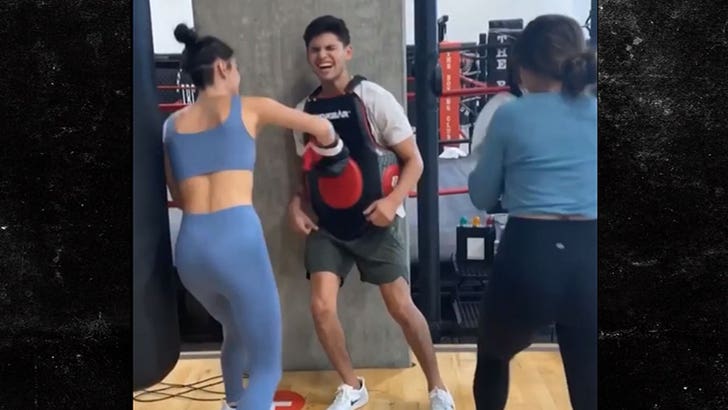 Boxing superstar Ryan Garcia just caught the first L of his career ... and it wasn't at the hands of Tank Davis or Luke Campbell -- he got beat up by some TikTok stars!!!

Okay ... so, that's not true at all. BUT, the 22-year-old phenom *did* hit the gym with the uber-popular social media stars Dixie D'Amelio and Addison Rae on Wednesday ... and they all took part in the "Body Shot Challenge!!"

Of course, we've seen Garcia's viral trend in the past with guys like Logan and Jake Paul ... where they put on a body pad and take hits from the 20-0 fighter. 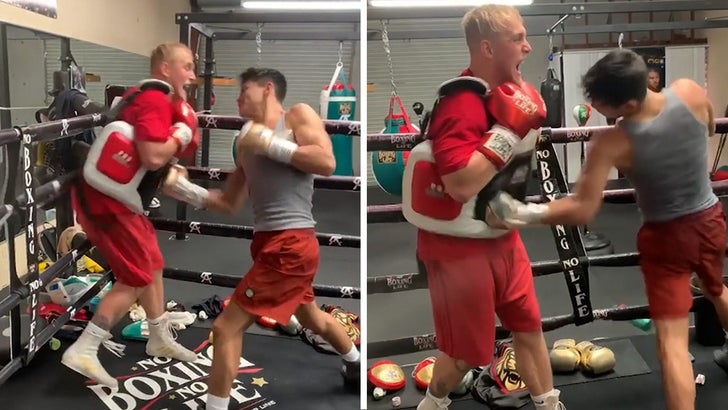 Only this time, Ryan put on the pads and let Dixie and Addison fire off some punches for a solid 6 seconds before begging for mercy!!

Hey, we get it!! The video wouldn't be nearly as fun if Ryan didn't ham it up for the camera.

Fun fact: the trio has a combined 51.2 million followers on Instagram ... and 97.9 MILLION followers on TikTok.

Ya can't deny Dixie and Addison's skills, though -- both ladies can land a serious punch!!

Maybe they'll follow the Paul brothers' lead and be the next social media stars-turned-boxers?? 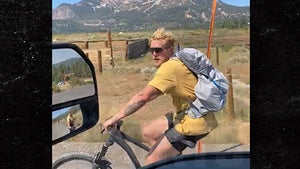 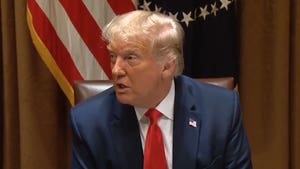 President Trump Says TikTok Will Shut Down by Sept. 15 Unless Deal's Made