You're looking at an ultra-rare autographed Colin Kaepernick rookie card featuring a piece of a game-used jersey.

It's awesome. It's valuable. And, the only reason the owner is parting ways with it is because he wants to raise money for the QB's "Know Your Rights Camp."

The story behind the card is great ... the owner tells us he started buying up CK items in 2016 when collectors thought Colin's kneeling protest would cause his collectibility value to plummet.

Among his purchases, the guy bought a 2011 Topps Platinum Rookie Patch Autograph Red Refractor card featuring Colin ... a 1 of 1 card. 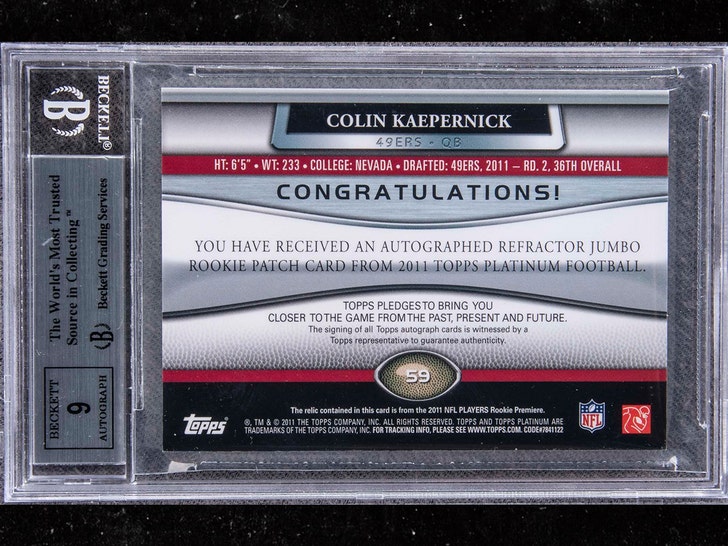 The owner took the card to Goldin Auctions with the caveat that half of the winning proceeds would go toward Colin's "Know Your Rights Camp."

In case you're wondering, Colin's KYRC says it's mission is to "advance the liberation and well-being of Black and Brown communities through education, self-empowerment, mass-mobilization and the creation of new systems that elevate the next generation of change leaders."

We're told the Camp is thrilled about the auction and appreciates the forthcoming donation.