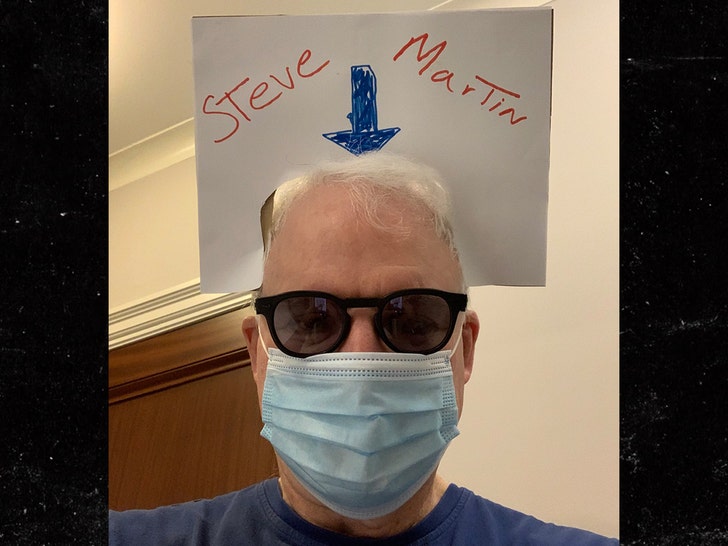 Steve Martin feels like he loses a piece of himself when he goes out in public while having to wear a mask ... so he found a hilarious way to make sure he's ID'd while still being safe.

The legendary comedian posted a selfie Saturday morning in a surgical mask with a pair of shades ... and a nifty little homemade nameplate he plopped on his noggin that certifies folks will know who he is while shielding part of his face due to COVID.

He writes, "I always wear a mask when I go outside. But something about it was leaving me anxious and unsettled. I thought about the problem, addressed it, and here is the solution." 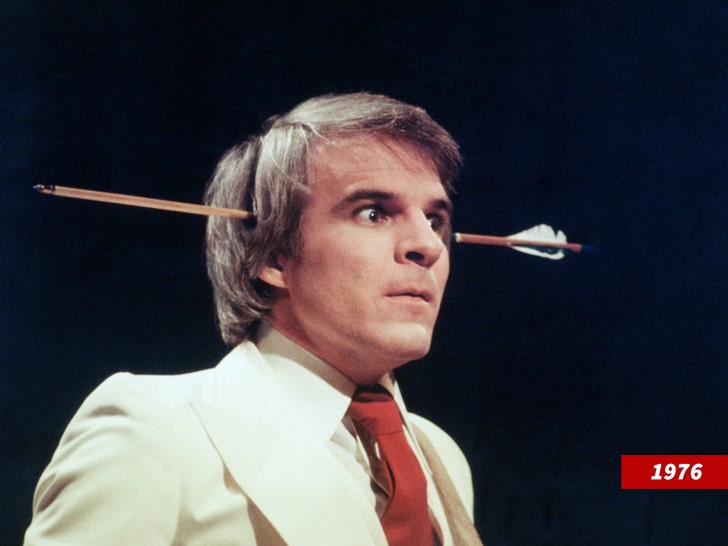 Of course ... there's an arrow pointing downward, just so there's no mistaking who Steve Martin is. It's comedy gold, and also reminiscent of his old arrow-through-the-head gag he used to do in his early stand-up days. The man clearly hasn't lost his sense of humor.

I tried this trick, too! But no one believed I was Steve Martin. https://t.co/qwJYt0UDE4

Funny enough, other celebs got in on the joke too ... including 'Star Trek' star George Takei and Ice-T. George says he tried this too, but because he did it word-for-word ... no dice.

Ice seemed to appreciate the social commentary too, especially for folks who feel like they can't interact with people the way they used to with a mask on ... or who feel anonymous and not like themselves. Hey, if you're bummed about that ... just do what SM did.

Ok… @SteveMartinToGo has a solution for those of you who feel wearing a mask is losing a bit of yourself… https://t.co/oRFPTAICWh

A name tag would probably be the easier route here -- but that wouldn't nearly be as much fun now, would it? 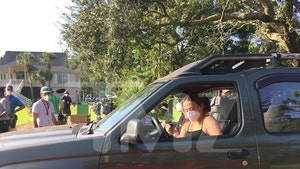 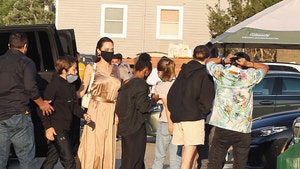 Angelina Jolie Takes All 6 Kids Out to Dinner in Malibu

Steve Martin You Might Want to Rethink Humor Viral Coronavirus