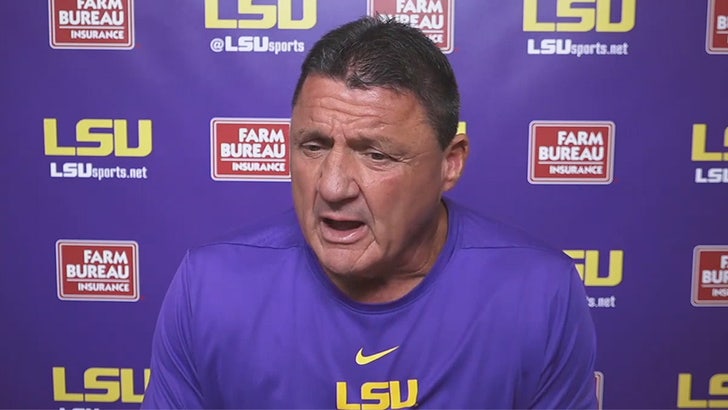 LSU football coach Ed Orgeron says "most of our players" have already caught COVID-19 ... and he's REALLY hoping they don't catch it again!

Orgeron says just two weeks ago, most of his offensive line was decimated by the coronavirus ... "We had everybody on the offensive line except two or three guys were out."

"We couldn’t go any team, [but] we adjusted very well."

Coach O says he believes the program has a "good handle" on the virus -- but has told his team everyone needs to stay ready in case someone else goes down.

"That's why I told the team we need everybody -- there’s no telling what's gonna happen with the COVID."

He added, "Once a kid gets it, the next man gotta go up."

Unclear how many active cases there are in the program right now -- or if the virus will affect the team's next matchup against Mississippi State on Sept. 26. 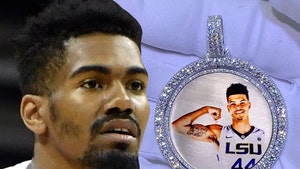 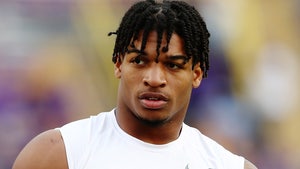 LSU receiver Ja'Marr Chase Opts Out of 2020 Season, 'Best for My Family'